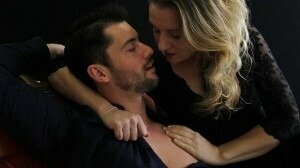 An earthly desire drives the most rarefied of art forms.

What is opera’s favourite subject? Heroism? Fidelity? Revenge and forgiveness? If you read the glossy brochures, you could be forgiven for thinking that the noble art is powered by love and passion and the glorious gamut of human emotion. But if you take a good, honest look at opera plots throughout history, there is one conspicuous constant: sex.

One of the first works officially classified as an opera, Monteverdi’s The Coronation of Poppea, first performed in 1643, is all about a Roman emperor and his illicit passion for Poppea. In Mozart’s The Marriage of Figaro, Susanna spends the entire opera trying to avoid pleasuring her boss, Count Almaviva, before she marries Figaro. Then there is Verdi’s La Traviata, about opera’s favourite working girl. Alfredo does not invite Violetta to his room merely to admire his etchings.

As opera director Chas Rader-Shieber observes, ”When a character says, ‘For this man, women open wide their doors …’ Let’s just say I’m sure they do.”

He is quoting from the libretto of Giasone, a 17th-century opera by composer Francesco Cavalli and librettist Giacinto Andrea Cicognini, which he is directing for Pinchgut Opera. Giasone is based on the Greek myth of Jason and the Golden Fleece and was a hit show in the 17th century. This production, which opens at City Recital Hall on Thursday, is its Australian premiere. The plot revolves around central character Jason and his attempts to juggle two wives. It features a string of love and, frankly, lust duets.

”There are some awfully sexy scenes,” says Rader-Shieber.

”The act of being at that emotional level where you can’t speak any more, where you’ve got to sing; that level of emotion is inherently sexy.”

The music often does much of the work: two entwined voices, a surging orchestral accompaniment and a clashing discord resolved into sweet harmony go a long way towards describing sexual pleasure.

But what about the singers? How do you choreograph a clinch in opera?

”There’s one rule in opera,” says Opera Australia principal Taryn Fiebig. ”No tongues. That is universal, that is understood.” But beyond that there is no holding back.

”I think you can tell if an actor doesn’t go there. It looks weak; you make the audience feel uncomfortable.
”You have to handle it with respect and grace, but you have to commit.”

Oslo-based Australian counter-tenor David Hansen, who plays the title role in Giasone, agrees: there is no point in being shy. Operatic sex scenes will always be stylised, ”but within that stylisation there has to be a degree of believability, of naturalness. If we’re not acting as we would if we were alone with our partners, husbands, wives, boyfriends, girlfriends, the audience isn’t going to believe.”

But, says Hansen, it is also important to trust the music and the power of suggestion. ”With opera, as with straight theatre, it’s nice when you leave things to the imagination of the audience, when you have them in the palm of your hand, wanting more. If you give them everything from the word go, then where do you go from there?”

Fiebig can confirm that there is nothing titillating about graphic sex on stage. In 2010, she played Lucy Joy, daughter of Harry Joy in Brett Dean’s opera Bliss, an adaptation of Peter Carey’s award-winning novel.

And what about the audience reaction? ”It is an important part of Lucy’s journey as a character. People were disturbed by it but they appreciated the way it was handled, which I was very pleased about.”

Fiebig and Hansen agree that there is nothing wrong with a bit of no-holds barred passion, as long as it is justified by the music, the words and the story.

”Sex is such an integral part of all of our lives,” Fiebig says. ”The fact that we display it openly on stage, it’s sometimes as though that’s foreign, and it’s not. It’s part of our everyday life. We’re just amplifying it.”