Media
Why Do We Love Music? A Recent Study Shows That It Literally Feels Like A Friend
June 5th, 2019
Tags: research 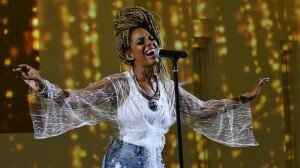 Ever wonder why driving home late at night as a newly-licensed teenager, radio blasting to its upper limits, felt better than whatever it was you were driving home from? The reason why we love music so much can feel too obvious to even enumerate; we love it because we love it, duh. But for around 20 percent of the population, music can literally feel like a friend, according to a recent study published in the journal Frontiers in Behavioral Neuroscience.

Music has been hugely important for humans for all of our history; the oldest known musical instruments are flutes made at least 43,000 years ago, and every society on earth has some kind of musical tradition. Many different theories have been suggested as to why we’re so into music; that we fill it with emotional and personal meaning, that it’s a kind of “protolanguage” that we used to communicate before we developed language as a species, that we use it to “let go” of ourselves and achieve ecstasy, and so on. Full story.