Media
Loud music at restaurants could be leading you to order burgers over salads, study says
May 8th, 2019
Tags: research, society 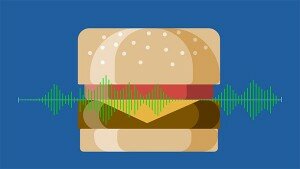 Noisy restaurants are a source of perennial complaints, but it’s not just diners’ ears that are affected — it’s their waistlines, too. A new study published in the Journal of the Academy of Marketing Science has found that if ambient music played in a restaurant is louder, the customers are more susceptible to choose unhealthful foods.

Dipayan Biswas, a marketing professor at the University of South Florida, conducted the study at a cafe in Stockholm, where various genres of music were played on a loop at 55 decibels and 70 decibels at different times, for several days. When the music was louder, researchers found 20 percent more customers ordered something that was not good for them, compared to those who dined during the lower-volume times. Full story.