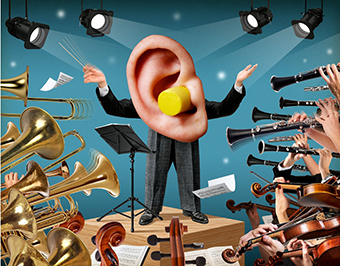 As the world added decibels, so did orchestras.

In 1813, Beethoven wrote a symphonic work so noisy and trite that most scholars consider it an embarrassment. “Wellington’s Victory, or the Battle of Vitoria” depicts, with the help of spatially separated brass and percussion effects, a rout of French forces at the hands of the British.

A hundred musicians played at the premiere — twice as many as at the first performance of the “Eroica” Symphony, in 1805 — with the audience seated at the center. Afterward, someone remarked that Beethoven had written a piece seemingly designed to make the listener as deaf as its composer. Full story.