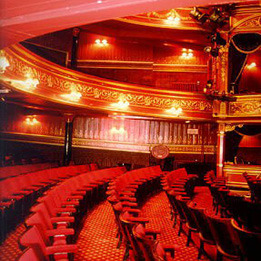 London is one of the highest-ranking cities for outputs of theatre, dance and music performances, says a major report that compares 12 international destinations.

According to the World Cities Culture Report 2012, London comes second after New York for both the number of theatre performances and dance performances per year.

Meanwhile London comes third for music performances per year with just over 17,000, after Paris and New York, which have around 33,000 and 22,000 respectively.

The research is based on performances in both permanent venues, such as theatres and concert halls, as well as more informal sites such as pubs, restaurants, bars and outdoor spaces.

New York is shown to have the highest number of formal theatres with 420, while Paris has 353, Tokyo is home to 230 and London contains 214.

The report investigates the performing arts industry as well as literary culture, film and game events, cultural heritage, art and design training and numbers of bars, restaurants, discos and festivals in each city.

It is the biggest international survey of its kind and collects a range of culture data across major cities including New York, Paris, Berlin and Tokyo.

However the authors explain it is not an attempt to rank the world’s 12 most culturally important cities. Instead, they say it is designed to “understand the role that culture plays within the successful world city”.

Cities were selected for the survey based on their ability to “specialise” in culture due to their large audience numbers and strong private business sectors.

They were assessed using reports from each city plus 60 indicators based on UNESCO’s framework for analysing culture, which covers provision, consumption and participation.

Director of culture research firm BOP Consulting, Paul Owens, said: “Culture is an under-researched and poorly understood factor in the social and economic success of world cities. The World Cities Culture Report is the most comprehensive comparative study of its kind – a rich source of data and intelligence with the latest and best policy thinking about culture from across the globe. It will be a hugely valuable tool to policymakers as they devise future strategies for development and investment.”