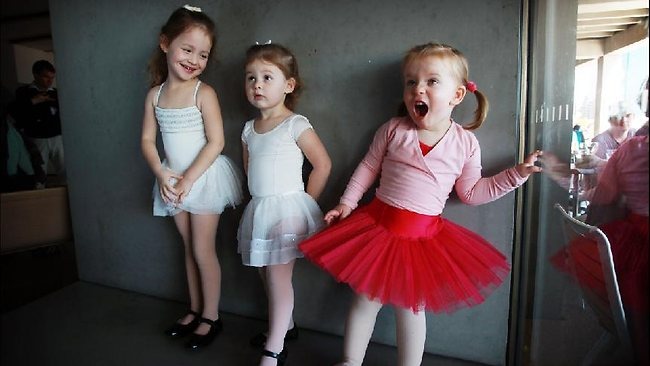 PLAY that funky music to your baby – their brain will thank you even if they are too young to speak or sing.

After six months of “active” music classes, one-year-olds smiled and laughed more often, were easier to soothe and showed less distress when confronted by problems, the study, published in the Journal of Developmental Science said.

The research, supported by the Grammy Foundation, found babies who listened passively to music while playing with blocks and toys did not gain the same benefit.

Initially there was no difference between the babies but, after six months, brain responses showed tone processing was more advanced and faster for babies exposed to active music than those in passive groups.

“Our results suggest the infant brain might be particularly plastic with regard to musical exposure,” Laurel Trainor, director of the McMaster Institute for Music and the Mind, told ScienceDaily.

An unexpected bonus for the parents of children in active music lessons was a better relationship with their child: “With social interaction, positive feelings on the part of the parent are likely to result in positive interactions with the infant.”

The research was the first to examine the effects of music training on the brain during the first year of life.

Bridgette van Leuven, head of Education and Young People at the Sydney Opera House, said the research supported increasing awareness of the benefits of music for children’s development.

“Music is a language that is shared and involves all the senses,” she said.

Kimberley George, who took daughters Tayla, 4, and Charlie, 2, to Music For Tutus at the Opera House, said the experience introduced the girls to Tchaikovsky.

She said the active element of the session had a huge impact on her girls.

“At the end they have a chance to dance with the ballerinas and they had a fantastic time,” Ms George, of Ashbury, said.

“It was their first experience with classical music and they loved it. My daughters went home and danced.”