Media
Listening Does Much More Than Make You Smarter
August 21st, 2013
Tags: research 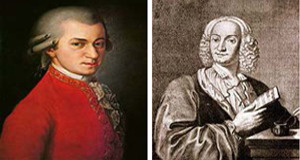 Some scientists claim that listening to them makes you smarter. But whether or not they’re right, listening does much more.

“[D]uring passive listening to Mozart music, firing patterns within the brain are similar to those related to higher-order cognitive functions. Indeed, functional magnetic imaging studies concur and have demonstrated that exposure to the Mozart Sonata or other musical pieces with similar qualities … can give rise to activation in the dorsolateral prefrontal cortex, occipital cortex, and cerebellum. Similarly, parietal areas (e.g., bilateral superior parietal lobules) are activated during music exposure with these putatively being involved in selective attention processes … [M]usic has the ability to influence, prime, facilitate, or transfer to nonmusic domains and brain functioning. This is hardly surprising given that music (including passive listening to music) involves the engagement of numerous cognitive functions.”

“Was even Mozart wrong? Is there something in the nature of the works of the classical concert repertory that makes the acts of performing and listening to them under any circumstances go counter to the way I believe human relationships should be? … I think I have to answer yes.”

Since I finished reading Christopher Small’s book Musicking last week, I’ve still been trying to come to terms with the author’s extremely damning conclusions about classical music and how we are expected to listen to it. While much of what Small wrote resonated with me in a very profound way, I believe that his assumption about so-called passive listening being an unhealthy socialization model is completely misguided. This is why…

I was raised by a family that wasn’t particularly good at listening to one another. My mother and her sisters would constantly get into petty disagreements with one another that turned into all-out wars in which they refused to speak to one another. Sometimes this went on for weeks. Thinking about this in hindsight, it seemed quite often that they would talk over each other throughout their arguments, making it clearly impossible for them to fully comprehend what the other was saying, and as a result they misinterpreted the level of the disagreement and things would then escalate based on their mutually incorrect assumptions.

It was often a difficult environment in which to grow up, and luckily there were upright pianos in their homes, albeit ones that were usually terribly out of tune. I think I started playing the piano not so much in order to be listened to, something I intuited would be next to impossible, but as a way to drown out the other sounds. I was a rather harsh key banger—I popped a couple of strings every year as a result of the brutal force with which I attacked the instrument. To this day, I have a hard time playing gently.

The idea that music was something that people could listen to without any other sonic intrusion was completely alien to me. My family would put on records from time to time but always talked over them. The first concerts of so-called classical music I attended were the free outdoor concerts in Central Park where musicians would play to picnickers who chatted throughout and sometimes even added to the sonic environment by turning on a radio they had brought along with them—the ‘70s were not called the “Me Generation” for naught.

A few years later I started going to Broadway shows. Balcony seats were only $12, twice the cost of a movie at the time, but Broadway audiences were much better behaved. They actually sat and didn’t talk throughout the show. (The audience was rarely silent when I went to the movies.) At some point, shortly after that, I was given a free ticket to a concert at Carnegie Hall. I remember sitting there by myself totally bored yet somehow utterly fascinated to see people sitting quietly to listen to music without words. What were these sounds communicating to them?

I made it a point to figure it out and in so doing, worlds opened up to me. I started reading books, which was something I was never able to stay focused on enough to be able to do before I started attentively listening to music. I went on to be the first person in my family ever to attend college. The so-called passive mode of experiencing information—music, books, theatre, film (eventually), visual art, lectures—enabled me to pay attention to others and offered me world views that can span any place or any time. All of this would have been completely out of reach to me otherwise. For this reason, one of Small’s observations is particularly irritating to me…

“[T]hose constructor toys we call musical scores can provide a wide range of models … [n]evertheless, the kind of story we can make up from them is constrained by the limits of the style. … The densely packed and highly purposeful sequence of events with which they present us cannot allow us to use them to model the conceptual universe of a poor black woman in the United States or that of a Zen Buddhist or that of a Tibetan peasant or that of a Spanish Gypsy.” —Small, ibid, p. 217

While it took decades for the music of Beethoven to actually speak to me (which is why I think that new music should be the focal point of all concerts and not just an occasional add-on to otherwise standard repertory programming), learning how to listen enabled just about anyone’s music to speak to me (from Memphis Minnie to the Gyuto Monks to Manitas de Plata, to cite representatives from communities that Small feels classical music excludes). I firmly believe that learning how to listen can do the same for almost anyone else. Small argues that music is a more healthy experience when it is integrated alongside other activities as it is in many of the world’s cultures. But I would argue that there is much to be gained by giving the music of these other cultures the same respect we accord classical music by listening to it with the same level of attentiveness.

A recent psychological study explored the consequences of exposure to Vivaldi’s Four Seasons on the subsequent cognitive behaviors of seventeen participants. The data revealed that the most familiar and uplifting musical material enhanced participants’ mental alertness. This is something of a refutation of the recent studies that have been challenging the claims that Mozart makes you smarter. So now tons of NPR-listening parents will probably go out and get Vivaldi recordings for their children to listen to. However, this seems almost as wrong-headed as Christopher Small’s conclusions. It’s really not about whether a certain piece of music has the “it” ingredient that will improve someone’s mental faculties. Rather, listening in and of itself improves those faculties, and it also does a whole lot much more—it makes us better people.