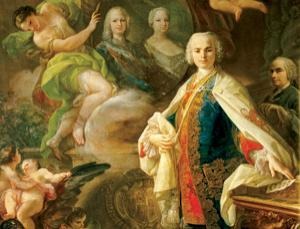 THERE was at least one downside to Farinelli’s castration. The operation may have preserved the 18th-century singer’s treble voice into adulthood, making him a musical legend, but it also condemned him to a skull deformity that may have affected his mind.

Farinelli was exhumed in 2006 so that his skeleton could be studied. Lead investigator Maria Giovanna Belcastro of the Alma Mater Studiorum University of Bologna, Italy, was able to identify two unusual features. Like those of other castrati, Farinelli’s limb bones were unusually long. And the front of his skull had grown inwards in a lumpy mass, in places twice as thick as unaffected bone (Journal of Anatomy, DOI: 10.1111/j.1469-7580.2011.01413.x).

This is called hyperostosis frontalis interna (HFI). It is thought to be caused by hormonal disorders, particularly too much oestrogen, which explains why it is normally found in post-menopausal women and is rare in men.

HFI was thought to be harmless, says Israel Hershkovitz of Tel Aviv University in Israel, but is now linked to behavioural disorders, headaches and neurological diseases like Alzheimer’s. Though any such symptoms probably would not have affected Farinelli until late in life, Hershkovitz says.