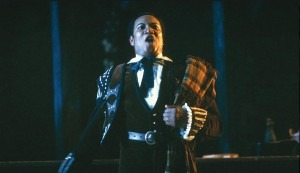 A mortal threat to art

Editor’s Note: In a recent issue of National Review, we published a piece by Jay Nordlinger about art and identity politics. (About music and such politics in particular.) Today, Mr. Nordlinger writes a version of this piece in his Impromptus.

The University of Bristol, in England, has a musical-theater society. Students in the society voted to put on Aida — not the opera by Verdi but a musical by Elton John and Tim Rice, which is based on the opera. More specifically, it is based on a children’s book, telling the story of Aida. That book was written by Leontyne Price, the great American soprano, who is one of the outstanding Aidas of all time. Full story.