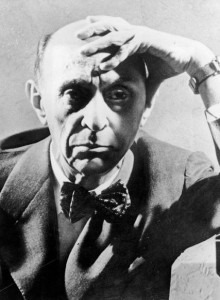 Arnold Schoenberg around 1925. Much of the wariness of new classical music can be traced to the 1920s, when Schoenberg pushed beyond atonality to invent the 12-tone technique.
Credit Hulton Archive/Getty Images

This spring the American Composers Forum announced the latest winners of its Champion of New Music award. The 2016 designees were the pianist Gilbert Kalish, who has tirelessly performed works by living composers for more than 50 years; the conductor Robert Spano, the adventurous music director of the Atlanta Symphony Orchestra; the conductor Nicole Paiement, founding artistic director of Opera Parallèle in San Francisco; and The New Yorker’s music critic, Alex Ross, whose enthusiasm for contemporary music spills into his acclaimed books and popular blog.

A good-news story in classical music, right? Well, yes and no.

It’s heartening when musicians and writers who believe in contemporary music receive acknowledgment. Still, why does classical music, far more than any other performing art, need “champions” for contemporary work? The implication is that new music is a specialty, some kind of cerebral sideline in danger of languishing but for the efforts of advocates. Ensembles that program lots of new music are perceived as pushing an agenda, forcing audiences in search of a musical feast to eat steamed kale. Full story.