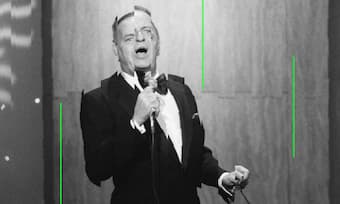 Artificial intelligence is being used to create new songs seemingly performed by Frank Sinatra and other dead stars. ‘Deepfakes’ are cute tricks – but they could change pop for ever

‘It’s Christmas time! It’s hot tub time!” sings Frank Sinatra. At least, it sounds like him. With an easy swing, cheery bonhomie, and understated brass and string flourishes, this could just about pass as some long lost Sinatra demo. Even the voice – that rich tone once described as “all legato and regrets” – is eerily familiar, even if it does lurch between keys and, at times, sounds as if it was recorded at the bottom of a swimming pool. Full story.