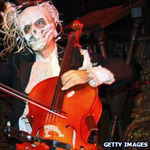 In a world of instant musical gratification, where tunes from any genre or artist are available at the click of a mouse, can classical music remain relevant to the digital generation?


With track titles like “string quartet in D major, op 2, part one, III adagio”, and concerts that involve knowing the right time to clap, classical music sometimes looks like it comes from a land that time forgot.

That is the argument of BBC Radio 1 DJ Kissy Sell Out, who on Thursday night will be proposing a motion at the Cambridge Union that “this house believes classical music is irrelevant to today’s youth”.

“In the context of modern culture, classical music just doesn’t speak the same language,” he says.

The host of “the craziest radio show in dance music” and noted producer of remixes of artists including Mark Ronson and Gwen Stefani adds: “Things need to be packaged in a way that is more accessible for a bigger audience.”

And his point is not just about the arcane jargon of “concerto” and “oratorio”. He says contemporary music stands for something, encompassing real themes, social and political movements.

“Classical music comes from elitist groups, a lot of it is funded by royalty, and wealthy patrons. It is not a music of the people.”

The final nail in the coffin is the classical live performance, in which “you are basically told to sit there, dress quite poshly, and admire the music for what it is”.

“I love classical music, and it pains me to use words like ‘egotistical’ and ‘snobbiness’, but sadly that is how live classical performances come across to young people.”

In an age where everything is moving towards greater interaction, he says, classical music is irrelevant.

In the other corner at Thursday’s debate is Stephen Fry.

He says it is “a preposterous idea that young people should somehow be denied any particular kind of music”.

“The word ‘relevant’, in itself, is probably one that is like nails on a blackboard. The idea that music should be relevant is an extraordinary idea – relevant to what?”

“Classical music is full of complex changes of beat – it is not about dance, it is about listening,” he says.

“It is about putting your mind inside an aural world and making a journey with your mind – that’s listening, it’s not just about jigging your body – which is fun, don’t get me wrong.

“It’s fine to jig your body, it’s fine to tap your foot, but it’s a different experience to take your mind absolutely on an extraordinary emotional journey, and that’s something that I wouldn’t deny anybody.”
Fry even goes so far as to defend the perceived difficulty of classical music, calling it “a lifetime’s exciting thing”.

“Not everything should be easy and accessible. Not everything is an injection of heroin. Sometimes things are slow and exciting and difficult and ambiguous and challenging.”

Gramophone Magazine editor James Inverne says the advent of pocket-size digital music players has democratised the way we listen. You don’t have to be embarrassed any more if you’re listening to Kiss, then Bach, then Robbie Williams on shuffle.

And when classical music is presented and marketed in the right way, it is incredibly popular with young people.

In China, for example, the lifting of restrictions on listening to classical music has led to an eruption of young classical piano players, numbering in the millions.

“Music is approachable at any age,” he says. “It is a problem of perception in older people if they dictate what younger people listen to… it’s a form of cultural tyranny.”

Paul Stokes, associate editor at the NME, is even less convinced of the tension between modern and classical music. After all, he says, many bands have used strings sections to add gravitas to a song.

“If you sat down and played a young listener some classical music they would not be totally horrified and run away, I’m sure they’d see the merits of it, see the connections of it,” he says.

“But then again, a lot of them think The Beatles are classical music now. It’s just the ageing process isn’t it?”

But Mr Stokes accepts some classical musicians are “boxed-off” in their own culture.

“If you’re a classical music fan there’s probably an element where you don’t want to be lumped in with all the other music that’s going on because they see how disposable that can become,” he says.

“And in the same way contemporary music fans probably don’t won’t to be lumped in with classical because they think it’s all a bit highbrow and snooty.

“Probably neither is true of either side. There’s probably a lot more in common than people realise.”