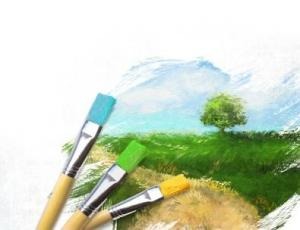 If you sing, dance, draw, or act — and especially if you watch others do so — you probably have an altruistic streak, according to a study by researchers at the University of Illinois at Chicago.

People with an active interest in the arts contribute more to society than those with little or no such interest, the researchers found. They analyzed arts exposure, defined as attendance at museums and dance, music, opera and theater events; and arts expression, defined as making or performing art.

“Even after controlling for age, race and education, we found that participation in the arts, especially as audience, predicted civic engagement, tolerance and altruism,” said Kelly LeRoux, assistant professor of public administration at UIC and principal investigator on the study.

In contrast to earlier studies, Generation X respondents were found to be more civically engaged than older people.

LeRoux’s data came from the General Social Survey, conducted since 1972 by the National Data Program for the Sciences, known by its original initials, NORC. A national sample of 2,765 randomly selected adults participated.

“We correlated survey responses to arts-related questions to responses on altruistic actions — like donating blood, donating money, giving directions, or doing favors for a neighbor — that place the interests of others over the interests of self,” LeRoux said. “We looked at ‘norms of civility.’ Previous studies have established norms for volunteering and being active in organizations.”

– Gender-orientation tolerance, measured by whether respondents would agree to having gay persons speak in their community or teach in public schools, and whether they would oppose having homosexually themed books in the library.

The researchers measured altruistic behavior by whether respondents said they had allowed a stranger to go ahead of them in line, carried a stranger’s belongings, donated blood, given directions to a stranger, lent someone an item of value, returned money to a cashier who had given too much change, or looked after a neighbor’s pets, plants or mail.

“If policymakers are concerned about a decline in community life, the arts shouldn’t be disregarded as a means to promote an active citizenry,” LeRoux said. “Our positive findings could strengthen the case for government support for the arts.”

The study was based on data from 2002, the most recent year in which the General Social Survey covered arts participation. LeRoux plans to repeat the study with results from the 2012 survey, which will include arts data.