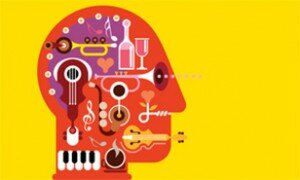 Once derided, the successors to muzak have grown more sophisticated – and influential – than any of us realise.

Not long ago, Rob Wood found himself at Heston Blumenthal’s house, in south-west London, where he was being persuaded to eat a flower. They were supposed to have been discussing the TV chef’s latest project, testing music’s effects on the dining experience, for which he had hired Wood to pick the songs. Instead, he was recounting a recent trip to south-east Asia. The flowers on his kitchen table, he said, were from that same trip: he was trying to capture their flavour for a dish he was developing. Wood smelled the flowers. Blumenthal, increasingly animated, urged him to take a bite; he wanted the music to capture and complement the flower’s exotic qualities. Under duress, Wood had a little nibble. Full story.