Media
In music, the eyes matter as much as the ears
March 14th, 2014
Tags: research 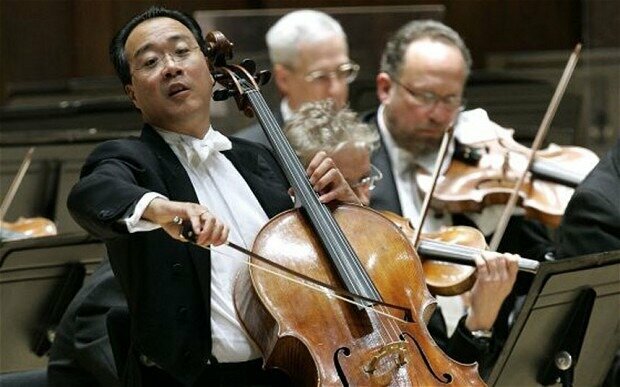 A new university study about the importance of the eye in appreciating music shows that the classical music world has to stop believing in the fairy-tale that ‘only the notes matter’, says Ivan Hewett.

Like any cultural practice that feels under siege, classical music tries to defend itself with taboos and prohibitions. One of these is to do with the relative importance of the eye and the ear in musical experience. It’s part of the ideology of classical music that only the ear counts. “The notes are the thing!” is the cry of the classical music purist.

The notion that the eye might play more than an ancillary role – the icing on the cake of musical experience – must be repelled, in a spirit of righteous purism. There’s an implied sneer at pop, where the notes are very far from being “the thing”. Everyone involved with pop knows that other things are just as important. The musicians’ gear, the light-show, the merchandising, the fanzines, the “attitude” – all these are just as vital a part of the experience as the song itself.

As with all ideologies, this one produces a kind of willed self-delusion in its adherents. Even classical music enthusiasts know in their heart of hearts that the dress and movements and facial gestures of musicians make a vast impact on the way concert-goers judge their performances. Up to now they’ve been in denial about this, and no-one has disturbed their illusion. But thanks to some research recently undertaken at University College London, the secret is finally out.

The aim of the research was to compare the responses of 1000 volunteers – some musical novices, some professional musicians – to three different recorded versions of the same performance by finalists in music competitions. One version showed images only, another offered only the sound, and the third offered both images and sound. They were then asked to guess which of the performers had carried off the top prize.

The results were startling. When offered the sound-only recordings, only a quarter of the “novices” got it right, despite the fact that 83% of them declared that the sound of the music was what mattered most. When they watched the silent videos, the success rate more than doubled, to over 50%.

With the professionals, things were even worse. 96% of them insisted that “the notes are the thing,” yet on the sound-only test, a mere 20.5% picked the winner. Dr Chia-Jung Tsay (left), who led the study, said one interpretation of the results is that the visible “passion” of the performers was far more important than those aural manifestations of “quality” that the classical music world deems important. “Professional training may hone musicians’ technical prowess and cultivate their expressive range,” the researchers conclude, “but in this last bastion of the realm of sound, it does little to shift out natural and automatic overweighting (sic) of visual cues.”

Oh the humiliation. Classical musicians spend years doing formal analysis, pondering the mysteries of the great masterpieces, and trying to articulate how performance can best reveal those mysteries. But as soon as a pianist comes along who can give a really impressive Oscar-winning performance of the “inspired artist”, sweat dripping from his brow, all that high-minded stuff goes out the window.

So should we just give up, and admit the whole vocabulary of music criticism is a sham, and that classical performance would be better judged by theatre critics? Not at all. As I suggested above, this research has only told us something we already knew, if we were honest with ourselves. Classical music is after all part of music as a whole. If you survey the entire history of music, across all ages and cultures, you won’t find a single example of musical performance where sound is all that matters, and the visual stimulus counts for nothing. How could it be otherwise, when we listen to performances with our eyes open rather than shut?

The sight of the performers, their dress, their gestures, even the way they walk, is indissolubly bound up with the sounds they make. It’s the interaction between sight and sound that makes live performance so endlessly fascinating (and the lack of that interaction that makes listening to CDs such a dreary and impoverished experience).

Acknowledging this doesn’t mean the formal grasp of a great performer, and their mastery of aural nuance, matters any the less. What it does mean is that the classical music world has to stop believing in the fairy-tale that “only the notes matter.”