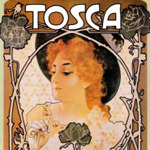 BEIJING – It says something about the brand-conscious culture here that classical music is also a slave to fashion. Only last season, “Turandot” was still threatening to become China’s national opera. Now, 2010-11 has become the season of “Tosca.”


Last week, two unrelated productions of Puccini’s “shabby little shocker” (to quote musicologist Joseph Kerman), each by a different Italian director, premiered in China, one at the Guangzhou Opera House, one at Beijing’s National Center for the Performing Arts. This was slightly more than a coincidence, and the back-story reveals much about the current performing arts world in China.

Almost exactly a year ago, the Guangzhou Opera House opened its facility with, of course, “Turandot,” in a production by film director Chen Kaige conducted by Lorin Maazel. To mark its one-year anniversary it planned to present Franco Zeffirelli’s production of “Tosca,” recently retired from the Met.

Up in Beijing, the NCPA was also interested in Zeffirelli’s “Tosca,” though for completely different reasons. In 2009 the NCPA had launched its annual multimillion-dollar opera festival with a new “Tosca” co-produced by China Central Television (and reuniting the design team from the Olympic ceremonies) that was by all accounts so artistically misguided that the NCPA began distancing itself from the production even before it opened.

As of last fall, the Zeffirelli production seemed assured for both houses, the main question being whether the director himself would participate. But by the beginning of this year, Guangzhou had pulled out of negotiations with Zeffirelli’s camp—reportedly over escalating costs—and began talks directly with the Rome Opera, which it turned out was looking for a new “Tosca” but had no money to pay for it. Thus only four months later, their new co-production by director Maurizio di Mattia opened a three-night run in Guangzhou on May 7. Next season, it goes to the Puccini Festival in Torre del Lago before settling in Rome.

The NCPA, still determined to erase the memory of its original “Tosca,” took the opposite tack, hiring an Italian team headed by director Giancarlo del Monaco to produce a “Tosca” for the NCPA’s permanent repertory. Though both productions respect Puccini’s score and the libretto’s stage directions, the two could hardly be more different.

Where Andrea Miglio’s set for Guangzhou is primarily vertical, using a central dome modified for the respective settings in each act, William Orlandi’s set for the NCPA is imposing both vertically — with Scarpia’s chamber in particular distorted as in a funhouse mirror — and horizontally, utilizing every square inch of the NCPA’s sprawling stage. (“Don’t touch me,” Tosca cries to Scarpia, standing more than 50 feet away from him.)

While Di Mattia’s approach is ultimately well-lit and inviting, Del Monaco’s is dark and distancing, with his characters often singing in the shadows and occasionally facing upstage. Di Mattia’s actors move naturally, for the most part in keeping with the music; Del Monaco’s staging revels in pageantry, with judicious use of classic stand-and-sing tableaux. In both cases, the directors have utilized an approach characteristic of their respective house’s previous productions.

Guangzhou’s cast on May 8 was mixed. While Piero Giuliacci’s Cavaradossi and Ko Seng-Hyoun’s Scarpia both charged out of the starting gate, Zhang Liping’s Tosca both musically and dramatically took much of the first act to kick into gear. The Macao Orchestra, having in the past few years become a respectable pit band under Music Director Lü Jia, rose to new levels of operatic nuance with conductor Daniel Oren. The real star of the evening, though, was the hall itself, which has worked out several bugs since its opening and offered a finely layered acoustic where the orchestra, soloists and choristers from the China Opera and Dance Theater could each blossom without interfering with one another sonically.

The NCPA production opened on May 12 with Nicola Beller Carbone’s Tosca a more even match for Aquiles Machado’s Cavaradossi and Alberto Mastromarino’s Scarpia. The singers, though, often struggled to be heard in the theater’s cavernous acoustic, and their singing upstage much of the time hardly helped the matter. Large crowd scenes fared better both musically, thanks to the NCPA Chorus, and dramatically; Del Monaco’s staging brought out clear dramatic conviction in the extras. (Rumor had it that the onstage guards in Scarpia’s chamber were actually off-stage guards at the NCPA.)

The major drawback in Beijing was the hall’s resident orchestra. Although Lü Jia conducted with fine attention to phrasing, the group has yet to come together as an ensemble. Rhythms were often imprecise and timbres from individual sections frequently distracted from the overall sound.

By arrangement with Rome, the GOH will keep the set’s central dome and recreate the rest of the stage elements for its own use in the future. The NCPA’s production has no plans to travel, nor would it fit many other stages comfortably. It joins more than a dozen repertory productions that the NCPA revives each season.