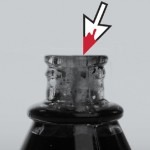 Norman Lebrecht examines the changing role of the critic in the 21st century.

IT WAS five in the morning when the news editor rang to tell me Alex was dead. Amid the shock and darkness, I knew that a critical era was over. Alexander Walker was not just a household name, not just someone I had read since I was 14 years old. He was the writer who defined British cinema in modern times. To be his boss for a year was an education. Replacing Walker was impossible. What was needed, I realised, was a reconfiguration of the role of film critic.

That week, in July 2003, Harold Schonberg died. Probably the most widely read music critic of the pre-web world, he was a concert-standard pianist and a chess grandmaster.

What you got from a Schonberg review in the The New York Times was not opinion but perspective. He was sometimes provocatively wrong, but never thoughtlessly so. Criticism in the age of Walker and Schonberg was not so much consumer guidance – which show to catch, which to miss – as an assessment of the state of the art and a rage at those who imperilled it. Schonberg went puce every time he had to sit through poor piano playing, especially if the player was Leonard Bernstein who, he’d tell me, shoulda known better. Walker would hit the roof with an Ulsterman’s outrage whenever he saw public funds squandered on a trivial film script.

A critic’s duty, in the second half of the 20th century, was to uphold classical standards against the fripperies of fashion and to convey an ideal of enlightenment to commuters who glanced at a newspaper on their way to and from work. There was no more glamour to their work than there was to a schoolteacher’s, drumming knowledge into stubborn skulls.

But beyond the nightly drudge, the right critic in the right place and time could change a nation and its civilisation. Neville Cardus awoke 1940s Australia to the possibilities of symphonic music. Pauline Kael showed America that film could be more than starry-eyed entertainment. Marcel Reich-Ranicki set a benchmark for post-war German fiction. Greil Marcus defined rock criticism. Three Australians – Clive James, Germaine Greer and Robert Hughes – added dimensions of irreverence. Like drinking fresh orange juice, they showed that reading criticism was good for you.

TIMES change. It is easy to deprecate today’s critics as unworthy of giants’ shoes, but the challenges of the 21st century are of a different order from anything the arts have known since Gutenberg made the quill obsolete. Print, in decline, is losing its innate authority, along with the expectation that edited words will be read by many people in the same form at more or less the same time. Immediacy is the quintessence of newspaper criticism. Read online, a month after publication, the overnight review goes stone cold. Unlike revenge, it is not sweetened by delay.

In a borderless realm where anyone can tweet an uninformed response, reasoned criticism is under threat and undervalued. The arts are the first casualty of newspapers in retreat. Many US papers have sacked critics and abolished book sections. Many of those selfsame once-great newspapers are now in bankruptcy or administration.

More perniciously, editors demand a degree of cheeriness from their critics. Readers, they say, do not want to wake up to a trashing, and advertisers certainly don’t. Reviewers are under orders to be more upbeat, more positive, more smiley. Often they are forced to write about superannuated celebrities in preference to fresh talent.

In deep recession, newspapers are playing safe – and criticism is a live grenade, not a safety pin. Critics, losing confidence, hedge their bets. There are, of course, good critics and bad – I have hired and fired both. There too few women critics, now why is that? Criticism was always an inside job, handed down from mentor to protege, unfriendly to outsiders. Under siege, it has resisted change and courted marginality. Yet, in changing times, its erosion is damaging our culture. A young conductor who has turned a provincial orchestra into a hub of renewal collared me in despair not long ago, demanding, ”What do I have to do to get reviewed?”

How is the public to learn of new ideas sparking off the beaten track? Who will cry scandal over Melbourne’s downgraded recital centre and dismissed chief conductor?

THERE is good, adventurous criticism to be found on websites and blogs, but it is not connective in the way newspaper reviews can be. Some critics, led by Alex Ross of the New Yorker, have adopted an online persona with relative success.

Tim Page, a Pulitzer winner, teaches criticism in California without knowing that there will be anywhere for his graduates to write.

What is needed, I realised the morning Walker died, is to reinvent criticism for the 21st century – and for this we have to groom a generation that is flexible in practice while unyielding in principle. The critic of the future is not some academic called out by a city editor to lay dust on a new show, nor is it a showbiz columnist who writes a review after interviewing the stars, nor – as we have sometimes seen – the live-in partner of a prepossessing board member.

The essentials are unchanged. A critic needs to be knowledgeable, courageous and quick with an aphorism of good headline potential (Pure Theatrical Viagra is one of Charles Spencer’s that Nicole Kidman will never forget). Critics in the new era must be prepared to tweet in an interval, Facebook on the bus home and report 400 words for the morning page before adding a voice commentary to the performance snippet uploaded on YouTube. These are the multi-tasking extras.

But beyond the ravenous needs of an evolving media, there has never been a greater need in democratic society for strong, independent arts criticism. Cities without critics will never achieve their creative potential.

The arts flourish only when there are arbiters at work and civilisation dies when their voice is stilled. This is a critical moment in the dialogue between creation and reception, arts and society. A huge opportunity beckons for young critics who can meet that demand head-on – and for some of us older ones to teach them the ropes.