Media
How long is a piece of music?
November 29th, 2013
Tags: conductors 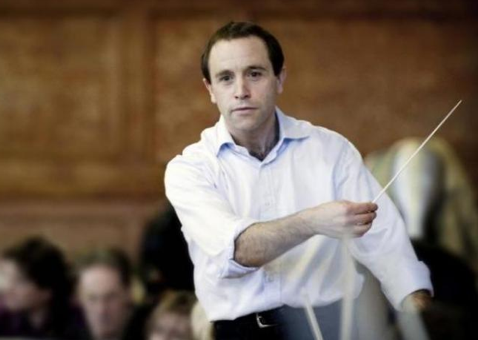 Mark Wigglesworth:
when is the end not the end?

Conductor Mark Wigglesworth wonders if the experience of live music should live longer than the music itself?

I wonder if the last bar of Beethoven’s First Symphony has ever been heard in public. It only contains rests, but Beethoven would not have written it if he didn’t want its silence to be experienced in some sense. The alacrity with which many in an audience start to clap often surprises me and though genuinely motivated applause is always welcome, a piece is not necessarily over the moment the music stops.

There’s a tacit understanding, literally, that most performances benefit from a brief period of silent preparation. The musical experience begins before the first notes are played. And for some, or perhaps many, a little time at the end is equally valid. Some music concludes with obvious invitations for reflection. Mahler’s last three symphonies encourage lingering over their dying falls and only the most hard-hearted rush to interrupt these moments of profound introspection. Other works flag up their endings well in advance, but even then it can require time to fully digest their messages. I always feel I’ve failed to do justice to the shock and horror of Shostakovich’s Fifth Symphony if its coda is met with immediate cheer. Conductors can control when the experience starts, but are relatively powerless to influence when it ends. A gesture that delays an audience’s response inevitably needs to be pre-determined, the self-conscious artificiality of which is somewhat self-defeating. And anyway, I am not sure if performers are the best judges of when the concentration should be relaxed. It’s slightly embarrassing if in some timeless self-congratulatory world, musicians are more moved than those listening.

Are the first to clap the most or the least affected by the performance? Might premature appreciation actually reveal a lack of appreciation? Or is it simply an overwhelming desire to be part of what’s just happened? Maybe some musical experiences simply carry with them an irresistible need to express a reaction as soon as possible. Or is it just that knowing when a piece is over is something to publicise?

I confess that when performing, the adrenalin surge that accompanies a thrilling and upbeat finale is wonderfully fulfilled by immediate applause and if fractionally withheld, it is odd to have the fleeting sensation that everyone might have gone home. But when in the audience, I savour remaining within the music’s spell. There is no right time to applaud of course, but it probably shouldn’t be before the musical experience has finished. The problem is that everyone has their own sense of when to change from private listener to public appreciator and there is no reason why those who want the applause delayed deserve any more ‘audience rights’ than those who don’t. Nor should performers have a license to tell people when to clap. We can only try and create an atmosphere so powerful that breaking it is the last thing anyone wants to do. Maybe that is unrealistic, but concerts are not about reality – and sometimes the longer the reality of applause can be avoided, the better.