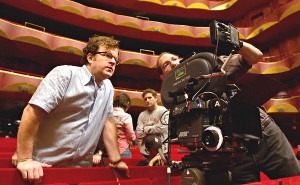 “The opera?” the main character of Kenneth Lonergan’s recent film, “Margaret,” sourly asks her mother. “Why are you going to the opera?”

The character is just a teenager being sullen, but her question unintentionally gets to the heart of the matter. Why do we go to the opera? What are we hoping to get from it? These are crucial questions as opera companies across America, fighting the same economic headwinds as the rest of the country, struggle simply to survive.

This art form, with its enormous casts, sets and orchestras, and its armies of stagehands and administrative staff, was a dubious financial proposition even before the most recent downturn. I was once told that the good opera company directors are those who lose money responsibly.

But there are problems deeper than financial ones with American opera, and they predated the recession by many decades. As you look across the country, you find pockets of innovation and experimentation, but the landscape is overwhelmingly drab.

The repertory is largely stagnant, focused on the same small group of hits. The few big stars who remain — the Plácido Domingos, Renée Flemings and Anna Netrebkos — are needed to sell almost anything that is not “Aida,” “Carmen” or “Turandot.”

The typical production style is blandly nostalgic escapism rather than vibrancy or relevance. This was the case through much of America in the 20th century, and there hasn’t been much change so far in the 21st.

When I am asked about the reasons for these deeper problems, I say there are two: “Moonstruck” and “Pretty Woman.”

After all, these films are what most Americans probably think about when they think about going to the opera. Each has a key scene set at an opera performance, in both cases the most standard of the standard repertory: Puccini’s “Bohème” in “Moonstruck,” Verdi’s “Traviata” in “Pretty Woman.”

In the two movies the vision of opera is the same: lush, static, stale. It is less a living encounter than a trip to Madame Tussauds. The experience of going is about wearing fancy clothes and having an expensive dinner, about leaving everyday life behind. It is about a few tears, not about deep emotion or thought. Opera is the most solemn kind of date night.

Though both films have been given credit for helping to popularize opera, the idea of the art form they have popularized has profoundly damaged it in this country. The films have taught Americans a particular idea of what opera is, so that is the kind of opera Americans think they want. This is a large part of the reason audiences still flood en masse only to the war horses, and why they resist any directorial interpretation of those war horses that isn’t traditional.

So companies, well aware of what sells, offer endless iterations of operas like “La Bohème” and “La Traviata.” With little opportunity for people to experience other pockets of the repertory or production styles, the vicious cycle continues. It is no wonder that most opera in this country is musty and inert when popular representations of the art form make it seem as if that were the only option.

I was reminded of “Moonstruck” and “Pretty Woman” as I watched “Margaret,” which recently came out in an extended cut on DVD after a long battle over the release of the movie, which had a brief theatrical run in a shorter version last year.

“Margaret” — which tells the story of Lisa (Anna Paquin), a Manhattan teenager whose life enters a tailspin after she witnesses a fatal bus accident — revolves around opera, which is omnipresent both in the film’s underscoring and in the plot itself. The film is anchored by two scenes that take place during Metropolitan Opera performances of Bellini’s “Norma” and Offenbach’s “Contes d’Hoffmann.” The Offenbach scene stars a dream team of Ms. Fleming and Susan Graham singing the famous Barcarolle.

As in “Moonstruck” and “Pretty Woman,” these are serious date nights, with off-the-shoulder gowns. The productions are ornately stolid: far more traditional visually than the Met’s current version of either opera.

Early in the film the shimmering prelude to the first act of Wagner’s “Lohengrin” begins as the movie follows Lisa in slow motion. The same prelude plays again as Lisa leaves a small memorial for the woman who died in the bus accident, alternating her image with elegiac shots of traffic in the rain and an airplane moving through the sky.

“Addio del passato,” the heartbreaking aria from “La Traviata,” plays as Lisa makes a journey to Brooklyn to visit the driver of the bus. Two of Strauss’s “Four Last Songs” accompany loving shots of Manhattan buildings; the image of one of the new buildings at ground zero is greeted by the orchestral surge that opens “Im Abendrot.” The simmering music that starts the third act of Wagner’s “Tristan und Isolde” and crushing chords from Mozart’s “Don Giovanni” underline moments of intense drama.

Mr. Lonergan’s directorial debut, the acclaimed “You Can Count on Me,” from 2000, was restrained, intimate, modest. “Margaret,” by contrast, is interested in self-dramatization and melodrama: it is sprawling and proudly overwrought. The infusion of opera seems intended to supersize the scale of “You Can Count on Me” to be “operatic.”

But connecting opera so closely to red-meat emotionalism — melodrama, tears and screaming matches — also betrays a limited, and limiting, understanding of what the art form can be, signaling to its audience that its other aspects are less important. In this, “Margaret” is no better than Lars von Trier’s “Melancholia,” from last year, in which relentless repetitions of music from “Tristan und Isolde” did little beyond telegraph the most obvious and superficial emotional cues.

In Woody Allen’s “Hannah and Her Sisters,” on the other hand, there is also a scene set at a Met performance. The repertory isn’t exactly innovative — Puccini’s “Manon Lescaut” — but operagoing is shown as organic to its characters’ lives. Opera, in the best way, is no big deal.

But until opera stops being associated with escapist nostalgia and fancy dates, it is doomed to struggle for relevance.

“Why are you going to the opera?” Lisa asks in “Margaret,” but the depiction in that film and others can make it hard to answer the question.