Media
How do film-makers manipulate our emotions with music?
May 23rd, 2014
Tags: audience, society 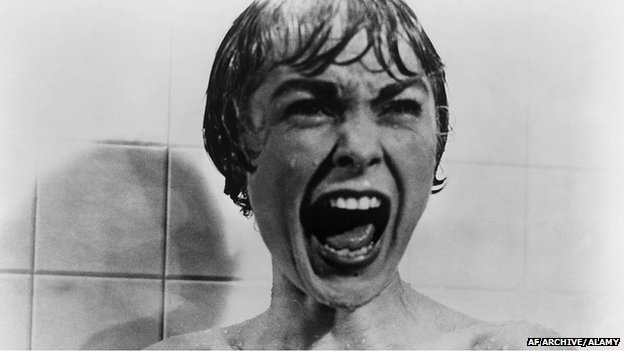 In 1939, queen of Hollywood melodrama Bette Davis starred in Dark Victory – the tragic story of a wealthy party girl dying of a brain tumour.

The audience knows that death will follow quickly after blindness. In the finale, her character’s vision begins to falter and she moves slowly up a grand staircase.

Davis knew this moment would secure her chance of a third Academy Award.

She asked the director, “Who’s scoring this film?” and was told it was the supremely talented Max Steiner.

Steiner had composed the revolutionary score to King Kong in 1933. It was the first full Hollywood soundtrack, and one that allowed its fans to empathise with the fate of a plasticine gorilla.

Davis was a clever woman. She understood the value of a soaring musical score, but feared its ability to outshine a performance.

Davis’ opinion was ignored and two Oscar nominations were created in that scene. One for her and one for Steiner.

It demonstrates the importance of music in film, and the power a soundtrack can have over audiences.

Composer Neil Brand, presenter of BBC Four’s The Music that Made the Movies, believes our senses are already heightened as we enter the cinema.

“The darkness, the strangers, the anticipation, the warm comfortable embrace of the cinema seat. We’re ready to experience some big emotions,” he says, “and the minute the music booms out, we are on board for the ride.

“Human beings are very good at interpreting sound. Right back to when our prehistoric selves will have heard a twig snap in a forest and thought ‘that’s it, I’m dead’.

“We have a very deep understanding of what music is doing, and it’s very physical,” adds Brand.

“We can feel it going into our ears via sound waves and it can produce all sorts of physical responses, including in the right circumstances an actual thud to the stomach.”

The simplest examples of this are found in thriller and horror films, which employ dissonant, screeching sounds we unconsciously associate with animals in distress.

A 2010 study by the University of California found that human sensitivity to non-linear alarm sounds, such as ones made by groundhogs to warn about predators, is being employed by film composers to unsettle and unnerve.

In films like Hitchcock’s 1960 classic Psycho, straining strings and overblowing brass are mimicking the noise of panic in nature.

For audiences who enjoy a lush romantic score, a 2011 experiment at Canada’s McGill University studied the neural mechanics of why humans get goosebumps from great tunes.

Far from being a purely aural experience, scans suggested that the regions of the brain that light up with music are those linked to euphoric stimuli such as food, sex and drugs.

Blood flow in the brain is responding to areas associated with reward, emotion and arousal.

Science writer Philip Ball, author of The Music Instinct, says soundtracks can produce the same reaction in us whether the music is good or bad.

“Our response to certain kinds of noise is something so profound in us that we can’t switch it off,” he says.

“Film composers know that and use it to shortcut the logical part of our brain and get straight to the emotional centres.”

Some filmmakers are now using infrasound to induce fear in audiences. These extreme bass waves or vibrations have a frequency below the range of the human ear.

While we may not be able to hear infrasound, it has been demonstrated to induce anxiety, extreme sorrow, heart palpitations and shivering.

Naturally-occurring infrasound has been associated with areas of ‘supernatural activity’, as well as being produced prior to natural disasters such as storms and earthquakes.

Producers of the 2002 French psychological thriller Irreversible admitted to using this technique.

Audience members reported feeling disorientated and physically ill after just half an hour of infrasound, leaving before the most shocking visual sequence on screen.

In the 2007 horror Paranormal Activity, audiences also reported toweringly high fear levels despite a lack of action onscreen. It is believed this was caused by the use of low frequency sound waves.

“It doesn’t affect everyone equally,” adds Ball, “but it does seem likely that in cinemas we will see, or at least feel, more of it in the future.”