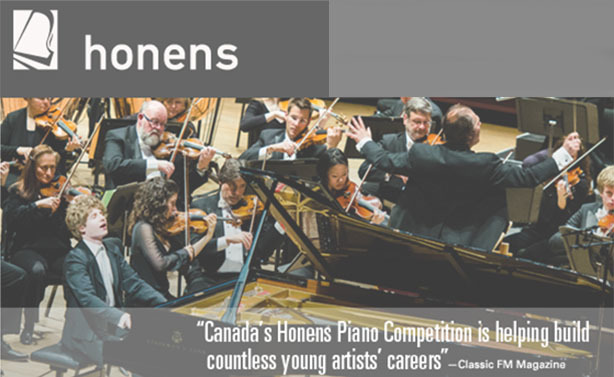 With an aim to create a stage for the world’s most promising pianists, the triennial competition was launched in 1991 by philanthropist Esther Honens in Calgary, Alberta. Since then, it has become a leader in discovering and launching the careers of young, talented concert pianists. Participants will perform repertoire with diverse styles and periods, including pivotal works from the piano literature, contemporary music and art songs. The finalists will have a chance to cooperate with the Calgary Philharmonic Orchestra and its Music Director, Roberto Minczuk. Both their performance and ability to communicate in the interview conducted prior to the final round will be evaluated by a professional jury panel, comprising experienced pianists, concert and festival presenters, record executives and artists managers.