Media
Here’s What Music Surgeons are Listening to in the Operating Room
June 8th, 2018
Tags: society 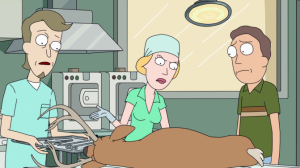 If you’ve ever wondered what surgeons are listening to while you’re going under the knife, all has now been revealed, because Spotify have released figures on the types of music commonly listened to during in the operating room.

As Gizmodo reports, the performance of surgeons is significantly increased when they are listening to music, and now it’s been revealed that while they’re digging around inside us these medical professionals are mostly listening to rock music. Full story.