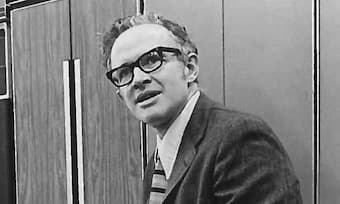 ‘One week I was nobody, and the next week I was notorious’ …. Lejaren Hiller. Photograph: Courtesy of James M Bohn

Long before Auto-Tune and deepfake compositions, university professor Lejaren Hiller premiered a concert recital composed by a computer and became an overnight celebrity

On the evening of 9 August 1956, a couple of hundred people squeezed into a student union lounge for a concert recital at the University of Illinois Urbana-Champaign, about 130 miles outside Chicago. Student performances didn’t usually attract so many people, but this was an exceptional case, the debut of the Illiac Suite: String Quartet No 4, that a member of the chemistry faculty, Lejaren Hiller Jr, had devised with the school’s one and only computer, the Illiac I. Full story.