Media
Got this tune in my head, behind my right ear
January 13th, 2012
Tags: research 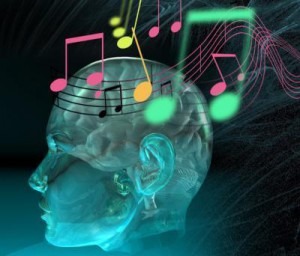 SYDNEY researchers have located the brain’s musical jukebox, the region that stores our memories of well known melodies such as Happy Birthday and the national anthem.

The discovery was made as part of a broader study of memory loss in patients with dementia and provides valuable insights into the structure and function of specific brain regions.

As part of the study, a neuroscientist, Olivier Piguet, and his colleagues asked a group of dementia patients – including people with Alzheimer’s disease – along with healthy individuals if they recognised a selection of famous melodies among a list of made-up tunes with similar musical structures.

The researchers, including a PhD candidate, Sharpley Hsieh, then asked participants to select the names of famous songs out of a list of classics such as Waltzing Matilda and made-up titles.

They found the ability of patients with a specific type of dementia, called semantic dementia, to identify the melodies or titles of famous tunes was profoundly impaired compared with healthy individuals and people with Alzheimer’s.

To show that deficits in this region of the brain were not just linked to music, participants were also asked to recognise environmental sounds such as laughing and coughing, and the results were similar, Dr Piguet, a senior research fellow at Neuroscience Research Australia, said.

When the researchers took magnetic resonance images of the participants’ brains, they found a region of the brain behind the right ear, called the right anterior temporal lobe, had shrunk in patients with semantic dementia compared with the Alzheimer’s patients and those without dementia.

The more the atrophy of the region, the greater a person’s memory for famous songs and faces was impaired, Dr Piguet, whose findings are published in the journal Brain, said.

He said their research, combined with other studies, indicated that unique aspects of human knowledge about the world, such as people, songs and language, known as semantic memory, were stored in the anterior temporal lobe.