Media
Where have all the good tenors gone, and where are all the basses?
June 17th, 2016
Tags: opera, society 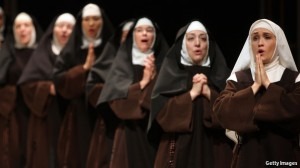 WHEN the new students arrive at Sweden’s two opera conservatories this autumn, they’ll share one thing in common: they’ll all be women. In the most recent round of auditions, only women won a place. There just weren’t any qualified male candidates.

“Women have always been in the majority among our applicants, probably because Sweden has so many successful sopranos,” says Professor Anna Lindal, dean of the Stockholm University College of Opera, which along with the Gothenburg University College of Opera trains Sweden’s opera singers. “It’s rare that we get a bass, but this year was the first year that no tenor or bass passed the auditions.” Of the 72 applicants this year, 50 were women; 35 sopranos and 15 mezzo-sopranos. The conservatory decided that even though it would make for skewed student productions, it could not admit male singers on the grounds of gender alone. The Gothenburg University College of Opera has found itself in a similar position. Of the 45 singers who auditioned this year, nine were men, but as the Dean of Studies Monica Danielsson tells Prospero, “none of them reached the level of admission”. Consequently, none of them won a place. Full story.