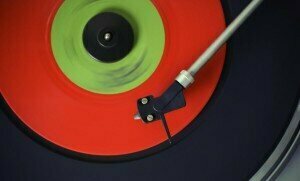 For certain music enthusiasts, of all concert souvenirs, the bootleg recording is the most covetable. Neither autographed Big Gulps nor commemorative T-shirts exceeding the cost of one’s wardrobe can compete with the illicit pleasure of listening to performances exactly as they transpired, enlivened by the occasional sneeze from the mezzanine. During the rock era, the bootlegging craze was put into motion by Great White Wonder, the unauthorized Dylan vinyl released by two devotees in 1969. But classical music, long its own ground for renegade recordings, is where the practice got its wings.

The term “bootlegging,” inspired by smugglers who transported their contraband inside their shoes, entered popular parlance in the Prohibition era, when the 18th Amendment prohibiting the sale and consumption of alcohol exploded a sub-rosa network of liquor distribution. Around this time, the word also began to be used in musical contexts to describe illegal copies of legitimate recordings, and eventually evolved to become the province of devotees hoping to capture and share their idols’ performances. Full story.