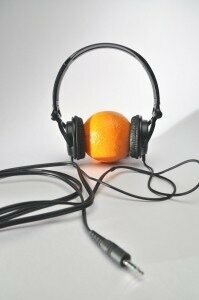 “Most academic research to date supported this claim,” says Arielle Bonneville-Roussy from Cambridge’s Department of Psychology, who led the study. “But based on other areas of psychological research and our own experiences – we were not convinced this was the case.”

The conclusions, published in the Journal of Personality and Social Psychology, are based on musical-preference surveys completed by more than 250,000 people over a ten- year period.

In layman’s terms, the results show that one’s musical tastes mellow as one ages, and that classical music and jazz are among the preferences for those in middle age and beyond—both as listeners and as composer/performers.

“Teenage years are often dominated by the need to establish identity,” Dr. Jason Rentfrow, senior lecturer in psychology at the University of Cambridge writes in the report. “Intense music, seen as aggressive, tense and characterized by loud, distorted sounds has the rebellious connotations that allow adolescents to do this.

“While the first musical age is about asserting independence, the next appears to be more about gaining acceptance from others.”

“As we settle into ourselves and acquire more resources to express ourselves – career, home, family, car – music remains an extension of this.

“There are aspects of wanting to promote social status, intellect, and wealth that play into the increased gravitation towards ‘sophisticated’ music.

“For many this life stage is frequently exhausted by work and family, and there is a requirement for relaxing, emotive music for those rare down times that reflects the other major ‘life challenge’ of this stage – that of nurturing a family and maintaining long-term relationships.”

One could optimistically conclude, then, that the aging audience for classical music is a natural phenomenon and not cause for alarm, so long as the audiences’ offspring also age.