Media
How Do You Get to Carnegie Hall? Talent
December 31st, 2014
Tags: research 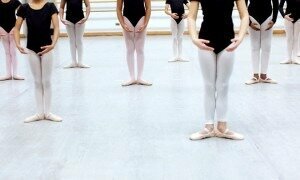 What does it take to be an expert at something? New science is shedding light on what it takes to get good. Ballerinas train at the Harlem School of the Arts.
Credit: Béatrice de Géa for The New York Times

The 8-year-old juggling a soccer ball and the 48-year-old jogging by, with Japanese lessons ringing from her earbuds, have something fundamental in common: At some level, both are wondering whether their investment of time and effort is worth it.

How good can I get? How much time will it take? Is it possible I’m a natural at this (for once)? What’s the percentage in this, exactly?

Scientists have long argued over the relative contributions of practice and native talent to the development of elite performance. This debate swings back and forth every century, it seems, but a paper in the current issue of the journal Psychological Science illustrates where the discussion now stands and hints — more tantalizingly, for people who just want to do their best — at where the research will go next.

The value-of-practice debate has reached a stalemate. In a landmark 1993 study of musicians, a research team led by K. Anders Ericsson, a psychologist now at Florida State University, found that practice time explained almost all the difference (about 80 percent) between elite performers and committed amateurs. The finding rippled quickly through the popular culture, perhaps most visibly as the apparent inspiration for the “10,000-hour rule” in Malcolm Gladwell’s best-selling “Outliers” — a rough average of the amount of practice time required for expert performance.

The new paper, the most comprehensive review of relevant research to date, comes to a different conclusion. Compiling results from 88 studies across a wide range of skills, it estimates that practice time explains about 20 percent to 25 percent of the difference in performance in music, sports and games like chess. In academics, the number is much lower — 4 percent — in part because it’s hard to assess the effect of previous knowledge, the authors wrote.

“We found that, yes, practice is important, and of course it’s absolutely necessary to achieve expertise,” said Zach Hambrick, a psychologist at Michigan State University and a co-author of the paper, with Brooke Macnamara, now at Case Western Reserve University, and Frederick Oswald of Rice University. “But it’s not as important as many people have been saying” compared to inborn gifts.

One of those people, Dr. Ericsson, had by last week already written his critique of the new review. He points out that the paper uses a definition of practice that includes a variety of related activities, including playing music or sports for fun or playing in a group.

But his own studies focused on what he calls deliberate practice: one-on-one lessons in which an instructor pushes a student continually, gives immediate feedback and focuses on weak spots.

“If you throw all these kinds of practice into one big soup, of course you are going to reduce the effect of deliberate practice,” he said in a telephone interview.

Dr. Hambrick said that using Dr. Ericsson’s definition of practice would not change the results much, if at all, and partisans on both sides have staked out positions. Like most branches of the nature-nurture debate, this one has produced multiple camps, whose estimates of the effects of practice vary by as much as 50 percentage points.

“This is where we are, with people essentially talking past one another,” said Scott Barry Kaufman, a psychologist at the University of Pennsylvania and scientific director of the Imagination Institute, which funds research into creativity. And because truly elite performance takes many years to achieve, he said, the exact contribution of practice may never be known precisely.

Yet the range of findings and level of disagreement are themselves hints that there are likely to be factors involved in building expertise that are neither genetic nor related to the amount of practice time.

One is the age at which a person picks up a violin, or a basketball, or a language. People who grow up in bilingual households fully integrate both languages at the same time that language-specialized areas in their brains are developing. The same may be true of many other skills — there may exist a critical window of learning in childhood that primes the brain to pick up skills quickly later on.

Other factors are much easier to control. For instance, scientists have shown that performance itself — that is, testing oneself, from memory — is a particularly strong form of practice. One of the studies that the new review paper includes found that chess masters with similar abilities varied widely in the amount of hours they reported practicing, from 3,000 to more than 25,000.

“We may find when looking more closely that playing in tournaments, under pressure, is an important factor,” Dr. Hambrick said.

The content of isolated practice is another. In dozens of experiments, scientists have shown that mixing related skills in a single practice session — new material and old, scales and improvisation, crawl and backstroke — seems to sharpen each skill more quickly than if practiced repeatedly on its own. Varying the place and timing of practice can help as well, for certain skills, studies suggest.

“The question is: What is the optimal kind of practice in the area you wish to achieve expertise?” Dr. Ericsson said. “These are things we are now beginning to study, in areas like medical training.”

Practice time is critical indeed, and its contribution to accumulated expertise is likely to vary from one field to the next as the new paper found, experts said. Personality is an enormous variable, too, (although partly genetic). “Things like grit, motivation, and inspiration — that ability to imagine achieving this high level, to fantasize about it,” Dr. Kaufman said. “These are things we don’t know much about yet, and need to study more directly.”

But in the end, the most important factor over which people have control — whether juggling, jogging or memorizing a script — may be not how much they practice, but how effectively they use that time.