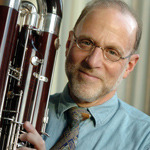 WASHINGTON: A few years ago, when the US National Symphony Orchestra was rehearsing at the Kennedy Centre for a performance of Stravinsky’s Petrushka, a funny thing happened to the orchestra’s contrabassoonist, Lewis Lipnick.


He was playing a solo passage on his instrument, which is known for its erratic, sometimes flatulent sound. It must have sounded particularly gassy that day. Someone in the trumpet section threw a roll of toilet paper at him.

Leonard Slatkin, who was conducting at the time, stopped the orchestra and looked at him thoughtfully. ”Well, you know, Lew,” Lipnick remembers him saying, ”it wasn’t undeserved.”

Advertisement: Story continues below
It is tough being a contrabassoonist. You practice for hours and it’s still hard to coax the sound you want from your instrument.

Lipnick, 64, who joined the NSO in 1970, gave the world premiere of the first contrabassoon concerto in the repertory, but even he cannot defend the thing. The very lowest notes, he says, ”can easily misfire, with rather unmusical results”. The uppermost notes sound like ”a very large goose with a very bad head cold”.

As a result, contrabassoonists are the butt of countless orchestra jokes. There is a legendary story about the august conductor Sir Thomas Beecham observing, after one particularly flatulent solo during a rehearsal, ”You may now pull the chain.”

So it was something of a shock when, during a recent performance, the contrabassoon passages in the last movement of Beethoven’s Ninth Symphony sounded downright beautiful. Fellow musicians kept coming up to Lipnick and complimenting him. For someone accustomed to being teased, it was almost bewildering.

The contrabassoon has not changed since the late 19th century. With the contraforte, which has been in development since 2001, Guntram Wolf and Benedikt Eppelsheim, two independent instrument makers in Bavaria, set out to fix the problems contrabassoon players have been struggling with – ”unfortunate tones”, said Peter Wolf, Guntram’s son and co-worker, ”or that buzzing sound it makes”.

The bell of the contrabassoon faces down, the result of the lengthening of the pipe over the years. The fingerings are difficult. It is hard to play very quietly, or very loud. Rather than modify the existing contrabassoon, the Wolfs and Eppelsheim started over from scratch, using computer technology to help tap new possibilities and ensure they could exactly replicate any advances they made.

To Lipnick, the result looks like something out of Dr Seuss. The NSO’s trumpet players dubbed it the ”rocket launcher”. Lipnick says the change has been ”like going from a PC to a Mac”.

Some orchestra players in Australia were among the early adopters; Wolf estimates the firm has sold 30 or 40 contrafortes around the world.

Lipnick, meanwhile, is adjusting to his newfound popularity with his colleagues. Even the trumpet players. ”It actually sounds beautiful,” one of them told him. ”I can’t make fun of you any more.”