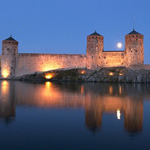 (Reuters) – Finland’s Savonlinna Opera Festival has invited the public to help it create an opera entirely from online submissions. The festival launched its Opera by You project on Thursday with the aim of having it ready to stage a premiere of the production in the summer or 2012.

“Any member of the Internet community can help to write the libretto, compose the music, design the sets and costumes — from beginning to end,” organisers of the festival, one of Finland’s most popular summer attractions, said in a statement.

“Through this project we (hope to) tempt new people into the … world of opera,” they said.

All of the opera’s personnel — soloists, a chorus of 80, a symphony orchestra and production crew — can be used by contributors, who can access the project at www.operabyyou.com. Early story proposals on the site include a tale about a blacksmith who helps local farmers rise up against tyrannical lords, while another has suggested a story about a knight who “gets sucked through space and time” into the 1500s.