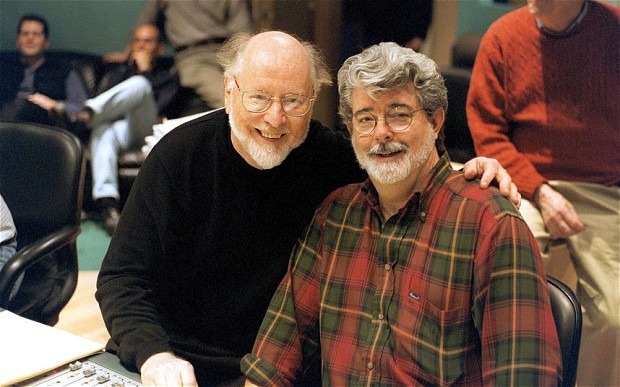 How did music make Psycho scarier and The Dark Knight even darker? As the BBC begins its Sound of the Cinema season, Sean Macaulay celebrates the fine art of the film composer.

“Hitchcock only finishes a picture 60 per cent,” the composer Bernard Herrmann liked to say. “I have to finish it for him.” Director Alfred Hitchcock and Herrmann worked on eight films together, creating some of the most century’s most enduring match-ups of image and music. Hitchcock so valued his composer that he showed Herrmann early cuts of his
films, and invited him into the pre-production process. He wrote one notecard about sound effects during the editing of Vertigo: “All of this will naturally depend upon what music Mr. Herrmann puts over this sequence.”

Would Hitchcock’s films have been as effective without Hermann’s music? The director certainly didn’t think so. Hermann, a portly, volatile, complicated personality himself, was especially attuned to the anxieties and yearnings in Hitchcock’s work. Their collaboration, and others like it, are celebrated in the BBC’s Sound of the Cinema, a season dedicated to the fine art of film composing.

One can’t honestly say it’s a lost or unsung art. Movie scores have been revered and honoured for decades, but like the spiralling chords of Hermann’s score for Vertigo, it is a world of endless, elusive fascination with its own potent hold. Ennio Morricone, the Italian whose music for Sergio Leone made both their names, likes to say that “You can’t save a bad movie with a good score.” But it’s also true that a good score can make a great movie live forever.

Every time I cross a fancy hotel lobby, the creeping James Bond theme plays in my head. Every time I bound up a flight of stairs – an increasingly rare act, admittedly – I unwittingly hum John Williams’s theme music from Raiders of the Lost Ark. Every time I pull back a shower curtain, I mimic the dagger-plunging violin shrieks of Psycho. Every time anyone anywhere goes in the sea, they hear the ostinato throb of the theme from Jaws – that simple restless two-note hunt for resolution, E-F, E-F, E-F, E-F, where resolution takes the form of human prey.

Most celebrated movies are unimaginable without their iconic music: Jaws, Star Wars, Casablanca, Gone with the Wind, Out of Africa. But it is instructive to revisit these films and find there are whole chunks of the score that one doesn’t particularly remember. They’re hugely effective, but that effect is all the greater for being subliminal. So all great scores by definition have a hidden artistry to them. They make things clear, when needed (now you laugh, now you cry), but they also cleverly play the subtext of a story, or hint at a character change to come.