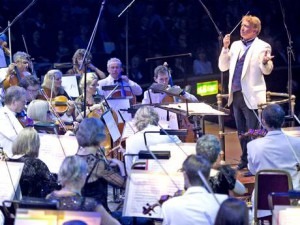 One of the leading classical music figures in the UK has warned the genre faces “grave danger” unless it sheds the stuffy elitist image and proves it is a “force to be reckoned with”.

Max Hole, who is head of Universal Music’s classical music business, called on musicians to change the way they dress, become more excited when they play and to encourage the audience to applaud whenever they want, in a bid to attract a new crowd.

In a speech to the Association of British Orchestras (ABO) in Leeds he said that classical musicians needed to “ride the wave of change” and feared that traditionalist may hinder its growth. He also called on the industry to embrace the digital revolution, from downloads and streaming, to social media.

Mr Hole, a former rock band manager who was promoted to chairman and chief executive of Universal Music’s operations outside America just weeks ago, is seen to have breathed new life into classical music labels Decca and Deutsche Grammophon.

He believes that classical music needs to be promoted beyond the existing core audience, not just young people but “people like me who would engage in classical music if they didn’t feel it was elitist or forbidding”.

“Musicians need to think about the way they dress, and need to appear more excited engaged with the audience,” he said. “There’s more to it than just taking a couple of bows at the end of a concert.”

He said that the traditions and institutions that seek to promote and preserve classical music “are in danger of causing the genre great harm and hinder its growth”. Even the term “classical” is in danger of alienating its audience, he said.

Conductors need to actually talk to the audiences, and Mr Hole pointed to the “sheer exuberance” of the Simon Bolivar Youth Orchestra. He said there should be screens showing the audience the conductor’s work, and “more theatrical” use of lighting.

“We live in a time of great opportunity, but also grave danger. If we grasp the opportunity we can ensure that music will be consumed on a scale unthinkable only a few years ago,” he said.

The speech was not met with anger, although some pointed out that orchestras around the country were experimenting ever more in an attempt to widen their audiences.

Michael Eakin, chief executive of the Liverpool Philharmonic and chairman of the ABO, said: “I agree with almost everything he said, I don’t think there will be a huge kickback. The more we build a connection between the audience and the stage, the better. The rallying call is right.”

That there was “a lot of good practice out there,” he said and did not believe the audiences were dying off before adding: “The last thing we want to do is alienate our existing audience.”

Mr Hole said he represented a “large swathe” of the public who love music but feel that the classical world is not something they can be a part of.

Live concerts are not enjoyed by enough people, he said, “because of the perceived elitism that’s perpetuated by unwritten etiquette that many find perplexing and intimidating”.

“There are too many ‘clap here, not there’ protocols to abide by, for people to feel at ease. I’m not even sure classical music was ever intended to be listened to in this way,” he said.

Mr Hole himself “wanted to jump on my feet and shout and yell” while listening to Beethoven’s 9th Symphony at the Proms last year, but instead there was a silence punctuated by coughing and spluttering.

The argument over “stuffy” classical concerts has raged for years, but some are attempting to change the image. Companies such as the Orchestra of the Age of Enlightenment, the Aurora Orchestra and London Contemporary Orchestra have all worked on playing with conventions to bring in a new audience.

“We need to be daring and break with convention if we are to show the world that classical music is not a sleepy, stuffy genre, but a force to be reckoned with, and something that can be enjoyed by all,” Mr Hole said.