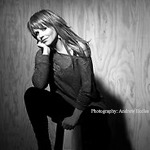 For months now, the acclaimed soprano Renée Fleming, her recording company and her public relations agency have been working hard to make one thing clear: “Dark Hope,” her new Decca recording of indie rock songs, is not a crossover project.


Crossover! Heaven forbid! To many classical music critics and tradition-minded artists, the commercial crossover projects in the last two decades are sure signs, in the words of the esteemed British baritone Thomas Allen, that “well-organized hijackers” and “money-grabbing, P.R.-led” marketers are using “wet T-shirted” violinists to — horror or horrors — sell classical records.

Whew. No wonder Ms. Fleming is at pains to distinguish “Dark Hope” from crossover. But what is crossover exactly?

In her liner notes for the album, just released in Europe and due in the United States on June 8, she writes that the “genre referred to as ‘crossover’ usually has performers singing popular music in a classically trained style with amplification and traditional instrumentation.” Her goal, she explains, is “to bypass the middle ground and get to the other side of the divide entirely.” In an interview included with the promotional materials, she is blunter, asserting that “this album is not crossover,” that it occupies the “other extreme of the spectrum,” that making the recording was like visiting “a parallel universe.”

Ms. Fleming and her handlers are being curiously sheepish about her legitimate accomplishments on this album. Vocally she has turned herself into an indie rock singer: from the opening track, the Muse song “Endlessly” (available since March as a single on iTunes), she sounds more like Annie Lennox than “America’s favorite soprano,” as she has long been billed. I would not have guessed that this was Renée Fleming from the hushed, breathy, deep-set singing captured here.

So why the defensiveness? In concept there is nothing wrong with artists from one genre performing music from another. And classical crossover has an honorable history, dating from the early decades of recording, when Caruso made as much money from his hit recordings of popular songs like “For You Alone” and “Over There” (George M. Cohan’s rally-the-home-front song during World War I) as from arias like “La donna è mobile” and “Vesti la giubba.”

In the beginning crossover ventures were harmless fun. In the 1940s, when the Wagnerian soprano Helen Traubel recorded “Oh, What a Beautiful Mornin’ ” and “Take Me Out to the Ballgame,” her fans were delighted, though her pop work, which included occasional appearances in nightclubs and even a Broadway show, Rodgers & Hammerstein’s “Pipe Dream,” caused ripples of disdain in the opera houses where she sang. The genre earned its bad rap over the years from innumerable pandering recordings, like Plácido Domingo’s 1981 album “Perhaps Love,” which featured a duet with John Denver in the title song. Mawkish to be sure, but within months it went gold on the charts.

Many crossover projects aim straight for the middle-ground, middle-brow market and hit their targets squarely, albums like “Joshua Bell at Home With Friends,” on which you can hear, among other cross-stylistic collaborations, this enormously successful violinist playing “Eleanor Rigby” with the pop pianist and vocalist Frankie Moreno, or the cellist Yo-Yo Ma’s album “Songs of Peace and Joy,” in which he joins James Taylor, the Brazilian guitar duo Sérgio and Odair Assad, and others. These releases apparently appeal to buyers intrigued by classical artists they have seen on television but who are not ready to buy a recording of Beethoven Cello Sonatas or the Barber Violin Concerto.

For a venture that has been so pervasive, crossover is actually hard to define. After all, pop stars have wandered over the stylistic divide with impunity for decades. Barbra Streisand, on her 1976 album “Classical Barbra,” performs Debussy, Fauré, Wolf and more with the Columbia Symphony Orchestra. Singing sensitively, she is almost too deferential to the music. Although mostly panned by classical critics, the album had a notable champion in the pianist Glenn Gould.

More recently Sting recorded “Songs From the Labyrinth,” with works by the late-Renaissance English composer, singer and lutenist John Dowland, with Edin Karamazov playing lute. Sting embraces Dowland as a forebear, and though his crooning style takes adjusting to, the performances are painstakingly rendered and intriguing.

But Ms. Fleming is correct when she says that for the most part crossover refers to classical artists who claim pop pieces and perform them in essentially a classical manner. Actually, she has already shown how to make a sophisticated crossover album: “Haunted Heart,” her 2005 recording of pop songs and standards, mixed in with a couple of classical items, including an excerpt from Berg’s “Wozzeck,” of all things, featuring two jazz artists, the pianist Fred Hersch and the guitarist Bill Frisell. Ms. Fleming, who earned money during college by singing with a jazz trio in a club in Potsdam, N.Y., knows the style.

Sometimes crossover can be endearing. I’ll never forget hearing Renata Tebaldi in concert with the New Haven Symphony Orchestra singing “If I Loved You,” the Rodgers and Hammerstein song. Her Italian accent was thick, but so was the emotion in her vocally sumptuous singing.

Birgit Nilsson used to charm audiences with “I Could Have Danced All Night” as a recital encore. Once, at Symphony Hall in Boston, she scooped up some roses she had been given and twirled about the stage as she sang the song. And did she ever sing it. Lerner’s words were indistinct but Loewe’s musical phrases soared.

But often operatic singing is just too vocally heavy and vibrato laden for Broadway and pop fare. Listen to the bass Samuel Ramey on his 1996 album “Ev’ry Time We Say Goodbye,” a program of 20th-century American art songs and standards. In Gershwin’s “They All Laughed,” when he delivers the line “But ho, ho, ho/who’s got the last laugh now!,” those ho-hos are so booming that he sounds like Mephistopheles.

Yet a classical singer with restraint and taste can put a pop song in a revealing new context. In 2004 I was touched when Nathaniel Webster, a fine young baritone, ended a program at Weill Recital Hall with two songs by Rufus Wainwright, “In a Graveyard” and “Pretty Things.” Accompanied by the pianist Kevin Murphy, Mr. Webster made these works his own, singing with elegance and projecting Mr. Wainwright’s words with far clearer diction than Mr. Wainwright does.

To me the most admirable crossover ventures have involved great artists who have leapt right over the divide and found their own ways to perform music from another genre. Take the great American soprano Eileen Farrell, generally credited with recording the first complete crossover album, “I Gotta Right to Sing the Blues,” a program of pop and jazz standards with Luther Henderson and his orchestra, released in 1960. Despite the Wagnerian dimensions of her voice, Farrell limited her performances in opera, preferring orchestral concerts and recitals, and maintained a side career on television variety shows. That she made “I Gotta a Right to Sing the Blues,” by Harold Arlen and Ted Koehler, the title song of her breakthrough album suggests the degree to which she was fighting elitist prejudice within classical music. Her work in popular culture tainted her in the eyes of impresarios like Rudolf Bing at the Metropolitan Opera, although today an opera singer with such media exposure would be coveted.