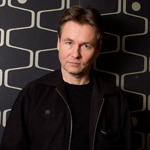 Esa-Pekka Salonen has extended his tenure with the Philharmonia – but is his Bartók season ill advised?


Esa-Pekka Salonen takes to the podium, does a sequence of squats, swallows a vitamin pill, removes his jacket and, in T-shirt and jeans, takes his baton out of its black case. “Let’s start with the Mandarin,” he tells the Philharmonia with a boyish smile. “OK, some second violin action coming up.”

In this rehearsal hall near the Thames, Salonen beats the tempo clear and crisp, and the violins respond with the restless rise and fall that begins Béla Bartók’s 1924 ballet suite The Miraculous Mandarin, a depiction of pitiless urban life. After only a couple of bars, Salonen stops them. “Start together,” he says, still with the poker-face smile. “And play well. That was disgusting.” This time the violins are spot on. Later, he tells them he has never heard parts of Bartók’s suite played better.

“The Philharmonia is an exceptional orchestra,” Salonen says, when we meet at a later date in a crammed coffee shop. “They are very special for me. I did my first major gig with them nearly 30 years ago and a few of the players are still here. When I left Los Angeles, it just made sense for me to come here.”

Now in his third season as the Philharmonia’s principal conductor, the 52-year-old Finn has emerged as a pivotal figure in London’s frenetic classical music scene. Salonen spent his 17 years at the helm of the LA Philharmonic gaining his orchestra a global profile, winning a new audience, and massively expanding the repertoire, especially with contemporary music. It’s work he’s continuing with the Philharmonia, which has a double announcement to make this week: Bartók will be at the heart of Salonen’s work with the Philharmonia throughout 2011, and it has renewed his contract (due to expire next year) for another three-year term.

“It’s a totally different thing being a conductor here,” Salonen reflects. “In the US, the conductor in a big city is the public face of classical music. With that position come lots of privileges and responsibilities. You must often be on parade for sponsors. Every concert has to be repeated for subscribers. You have to accept this. The challenge in London is altogether different. Nobody is special: on any given day, there are five or more important concerts. It means you have to think of things that have an identity that cut through the white noise.”

This is where Bartók comes in. Most of the concerts Salonen is giving with his orchestra this season have Bartók at their core: he calls it a “mini-festival” because he thinks this sort of focus is the way to catch the attention of an audience that’s spoiled for choice. It also appeals to his interest in new technology. Salonen seems to give almost as much attention to the internet resources surrounding the Bartók theme as he does to the concerts. “Webchats and interviews can all amplify the live experience,” he says. “We have to explore these things, otherwise we in the classical music business will be out in the cold.”

Salonen will need all the help he can get. More than 60 years after his death, Bartók remains a forbidding composer. He’s bad box office; even today, a concert of Bartók is unlikely to sell like a Mahler or a Shostakovich. But Salonen is undaunted. “I’m not trying to say I can lead people to a new understanding about Bartók,” he says. “But if I feel a curiosity for more context around a piece or a composer, then it’s possible other people feel the same way.”

This would not be hard with Bartók, whose life is relatively unexplored. “It’s often only one aspect of Bartók that is highlighted,” says Salonen. “Like Bartók the ethnomusicologist, collecting and borrowing folk music. Or the almost scientific Bartók, whose music is based on the golden ratio.”

Salonen thinks there’s more to Bartók than this. Indeed, he thinks the composer, along with Stravinsky, is the biggest enduring influence on 21st-century composers. “What is missing is the wild, ferocious, sometimes sentimental, deeply emotional Bartók. It’s in some early works, like Bluebeard, of course. But think of the Music for Strings, Percussion and Celesta, too, with the folksy swagger and rationality of the first movement but also the deep sadness of the slow movement where Bartók goes to a very dark place.”

Salonen took some time out in New York this summer to study the Bartók archives at Columbia University, where the near-destitute composer worked as an archivist when he arrived in the US as a refugee from European fascism in 1940. “It’s all there, this meticulous work he did on Balkan folk music. You just think, here he was in America, not happy, not in good health, and yet his work was most scrupulously completed, even in these circumstances. I went to his apartment, on a corner that is noisy as hell. It must have been hell for a composer to work in such a place.”

This is Salonen the composer speaking. Right now, he is focused on a new orchestral work to be performed in Paris in February. “I’m not completely on target,” he says. “But that’s partly because I also enjoy doing a good old-fashioned concert of great pieces and just playing them well.”