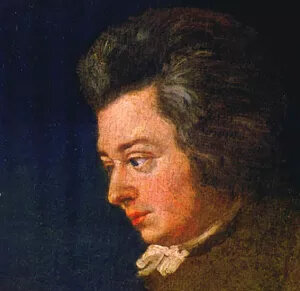 Detail of a portrait of Mozart by his brother-in-law Joseph Lange.
(Photo: Wikimedia Commons)

New research confirms listening to a much-studied Mozart sonata has an anti-epileptic effect on children.

The Mozart Effect—the notion that listening to music of the classical-era master, particularly his sublime Sonata for Two Pianos, can boost brain power—has experienced something of a renaissance. While some claims that circulated during its early ’90s media frenzy have been debunked, periodic studies have provided evidence that Mozart’s music improves cognition in young and old alike. Full story.