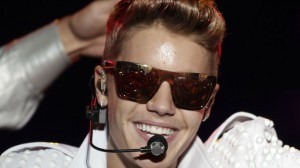 The silly child star from smalltown Ontario has no more responsibility to behave with decorum than anyone else.

And so to child star incarnate Justin Bieber, whose recent arrest in Miami for driving under the influence is by consensus the logical next step in a narrative sequence that has seen the 19-year-old swear at a photo of Bill Clinton, neglect to have the correct travel documents for a monkey and throw some eggs at a neighbouring mansion in the middle-aged gated community in which he has set up home. Hey, we get the bad boys we deserve.

Or rather: “What defines us is how well we rise after falling.” Not my words – or even the imagined words of the puppy in that poster threatening to peel off your dentist’s wall – but the words of Scooter Braun, manager to Justin, who seems to have harvested them from the critically misunderstood J-Lo movie Maid in Manhattan and posted them on Instagram. As the chap who discovered the devoutly Christian Justin in his early teens and has since monetised him beyond the dreams of even the more criminally insane TV evangelists, Scooter is clearly mindful of the intense pressure on him to be seen to be doing something about this matter.

That drink-driving is wrong and reprehensible is something on which we can hopefully all agree, with many of us touched personally by its tragedies. But then, we can agree on that whoever’s doing it. What ought to be far more open to question is that bizarre orthodoxy of modern showbiz: the idea that with a young and impressionable fanbase, someone like Justin Bieber has infinitely more responsibility to behave with apple-pie decorum than anyone else. Has he? And if so, why has he?

I’m afraid the dementedly anarchic, Bieber-esque dissident in me wonders where people get off contracting out any aspect of their parenting to a 19-year-old, whom even the stupider among them must be able to see is hardly up to the job. How very far down the rabbit hole we must have tumbled if we regard even one chapter of little Jemima’s moral education as a matter for Justin Bieber, as opposed to her parents, or her teachers, or any authority figure capable wearing trousers at anything other than quarter-mast.

Since teenagers were invented (current estimates place that moment as the 1940s), kids have looked up to all sorts of idiots – though of course, none so horrifyingly idiotic as the ones their parents have looked up to, or voted for, or cheerfully permitted to screw up the world in one way or another.

In fact, it would be nice to think that it’s precisely because kids can smell the total absurdity of what is expected of this silly little prick from smalltown Ontario that they mulishly act as though they’ve elevated Bieber beyond all previous teen idols, ever. With his 48-million Beliebers, Justin has passed into a realm somewhere beyond mere celebrity – a place where no misdemeanour, however transparently wrong, could dent the unquestioning devotion of the Beliebers. That the hashtag #freejustin was trending on Twitter within hours of his arrest is hardly a surprise. Justin occupies the sort of psychiatric space usually taken up by cult leaders or deities, for whose most glaring sins or cock-ups or hypocrisies some contorted explanation can always be contrived.

So we simply do not know what the Beliebers will do when pushed to the sort of limit these DUI charges appear to signify. They have seen their hero sent cordial letters by the German quarantine authorities, and they didn’t take kindly to that. They have seen his super-rich next door neighbour claim that a few eggs caused $20 000 of damage to his mansion and – like the naive children they are – they questioned how in the name of sanity that was possible. But the US criminal justice system is new territory for them all. Will they now literally rise up in his defence, and transform themselves from an online army into some sort of avenging force in the physical sphere? It’s an intriguing possibility, even if one ten-thousandth of a per cent of them were able to get their after-school curfew extended to do so.

Indeed, the sheer volume of threats to kill and maim in Justin’s name, made countless times daily by adorable little tykes who police every minuscule perceived slight against his personage, suggest you would not necessarily want to be the Miami prosecutor on this DUI case. The lawyer in question may well ask the DA to move them on to something less fraught with danger, such as going after the mafia, or one of the city’s Mexican-linked drug import cartels. As for Justin, are we not due a public interjection from his mother? Perhaps something along the lines of: “He’s not the Messiah, he’s a very naughty boy!”