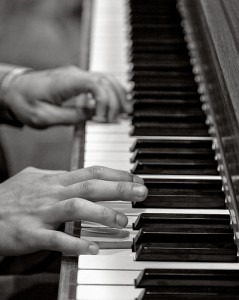 Practice makes progress, if not perfection, for most things in life. Generally, practicing a skill—be it basketball, chess or the tuba—mostly makes you better at whatever it was you practiced. Even related areas do not benefit much. Doing intensive basketball drills does not usually make a person particularly good at football. Chess experts are not necessarily fabulous at math, and tuba players can’t just put down their tubas and pick up cellos.

That said, some learning does transfer from one skill to another. If you play a lot of basketball, you might be physically fit and also have discerned rules about ball movement and how to work with a team—which could be useful for playing other sports. Younger players who master chess notation learn something about coordinates, which show up in math. And tuba lessons often require or include instruction reading music, knowledge that comes in handy for the cello as well.

But experts have long debated the effects of any of these or others on general intellect. That is, does engaging in these optional activities really build the brain in any fundamental way? Can we measure changes in an intelligence-related capacity such as attention, working (short-term) memory or reasoning from playing basketball, chess or the tuba? If so, the learning would indeed transfer to a broad set of other tasks and people would consider the activity particularly worthwhile. Many studies show that physical fitness is good for your brain, and at least one indicates that playing team sports such as hockey and soccer could improve the ability to visualize moving objects in 3-D. Chess involves a lot of reasoning, so some kids might boost their reasoning skills by playing chess, a hypothesis psychologists are now investigating.

Journalist and author Lydia Denworth reported in her article, “How Video Games Change the Brain,” in the January Scientific American Mind, that practicing certain types of video games (the violent first-person shooter ones) does enhance a huge variety of basic thinking skills such as visual attention and spatial reasoning. Practicing music does not. She writes: “With practice, a violinist can play a Mozart string concerto beautifully, but that will not make her better at much else.”

That sentence provoked the ire of more than one reader. One, Gabriel Newman, wrote: “Is she not aware that there are more studies on the benefits of learning musical instruments and art on the mind than on the benefits of video games? There is a huge transfer that takes place when someone engages in music and art.” But Denworth stands by her statement. Here is her response:

I acknowledge that my statement about the lack of transfer from music left something out. Had I gone into more detail, however, what I would have said is that while there have been studies showing transfer from music, nearly all of them have been called into question in recent years. “There are a whole lot of transfer claims for the arts and most of them are false,” says Ellen Winner, a psychologist at Boston College who specializes in cognition in the arts and has done extensive reviews of these studies.

Much of the literature makes the mistake of inferring causation from correlation, and fails to control for confounding variables. Glenn Schellenberg, a psychologist at the University of Toronto who studies transfer from music specifically, has new, not yet published work showing that the association between music lessons and cognition disappears when demographics and personality are held constant. In other words, the apparent benefits from music lessons have more to do with which kids take music lessons than they do with the lessons themselves. In addition, studies of adult professional musicians show no cognitive benefits over comparable professional non-musicians.

Schellenberg did find, in a 2004 study that randomly assigned first graders to music or drama classes, that the children in the music group showed small IQ gains at the end of one year and those in the drama group did not. (Those who studied drama got a different benefit: their social behavior improved.) Schellenberg cautions that, as with his discovery that the so-called Mozart Effect was due to positive arousal and not music per se, the gains in his 2004 study may result from the IQ improvement that accrues just from being in school. The music lessons, in which students studied either keyboard or voice, were more school-like than the drama.

Other studies have shown a connection between musical training and improved auditory skills, but that is not quite the same thing as showing transfer to other skills. Nina Kraus and her colleagues at the Auditory Neuroscience Laboratory at Northwestern University are doing interesting work in this area. But, to take one example, a 2012 study from Kraus’s laboratory that got some media attention showed cognitive benefits in undergraduates who report having studied music as children, which still begs the question of what skills they had from the start. By contrast, the studies of action video games are considered stronger and more convincing on the question of transfer because they show that people with no prior experience benefit in the variety of ways my story outlined when they train on such games.