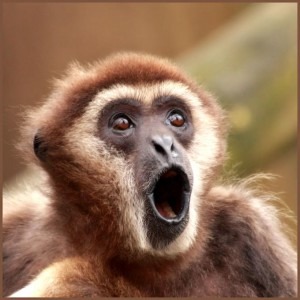 Gibbons are jungle divas. The small apes use the same technique to project their songs through the forests of southeast Asia as sopranos at the Metropolitan Opera or La Scala. So say Japanese scientists in the Primate Research Institute at Kyoto University.


"Our data indicate that acoustic and physiological mechanisms used in gibbon singing are analogous to human soprano singing, a professional operatic technique," Takeshi Nishimura and colleagues wrote in a study in the American Journal of Physical Anthropology on Aug. 23.
They tested the effect of helium gas on gibbon calls to see how their singing changed when their voices sounded abnormally high-pitched. Just like professional singers, the experiment found the animals were able to amplify the higher sounds by adjusting the shape of their vocal tract, including the mouth and tongue.
It is a skill only mastered by a few humans, yet gibbons are able to do it with minimal effort.
Professional sopranos’ ability to fine-tune their vocal tract resonances allows them to maintain their volume when they hit the high notes. The fact that gibbons can do the same thing suggests the complexity of human speech may not have needed specific modifications in our vocal anatomy.
Singing is particularly important to gibbons, who use loud calls and songs to communicate across the dense jungle. Their exchanges, described by primatologists as "duets," can carry as far as two kilometers (just over one mile).
Making gibbons sing on helium may sound eccentric but Nishimura said it was a logical way to test how the animals controlled vocalization when the resonance frequencies in the vocal tract were shifted upwards.
"Using the helium environment, we can easily see how the resonance works and how the gibbon makes its loud pure-tone calls," he said in an interview.
His team used a captive white-handed gibbon to record 20 calls in normal air and 37 calls in a helium-enriched atmosphere to show how the animals could consciously manipulate their vocal cords and tract.
They worked out the gibbon’s vocal tract had been adjusted by analyzing the sounds it produced.
Helium causes its distinctive effect because sound travels much faster through the gas than through air.