Media
Ditch the playlist: what happened when I only listened to new music for a year
April 29th, 2016
Tags: miscellaneous 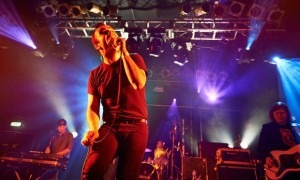 One culture journalist ditched his carefully curated iTunes library for 12 months to see what would happen. But could he really say goodbye to Future Islands?

In 2015, I undertook an experiment: I gave up all my music. For an entire year I didn’t listen to anything pre-existing in my beloved and carefully curated iTunes library. My collection has been transferred between multiple computers, synced and re-synced, and has been an integral part of who I am, but for 12 months it was gone. I thought it was going to be an ordeal, but after just a couple days, my self-imposed ban became a real non-factor in my life. Even when my library was barely existent, the sense of adventure I felt overshadowed that fact. For the first time in a while, I was excited about music again. Full story.