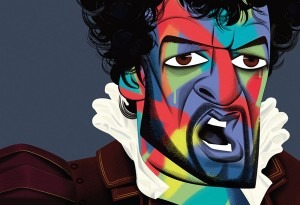 Can opera ever meet twenty-first-century standards of POLITICAL CORRECTNESS? Should it even try?

OPERA WILL NEVER BE POLITICALLY CORRECT.

There is simply too much history involved, too many centuries of social change and evolving moral codes, since the form was created more than four centuries ago. Opera emerged in an aristocratic age, when slavery was legal and women were chattel, and people still parsed the problems of love and duty in the basic terms handed down to them by the ancients. It’s hard to think of a single work in the canon that doesn’t bear traces of some discarded bigotry or discredited prejudice. Take the classic ABCD operas that fill out the standard opera season—Aida (race and militarism); La Bohème (gender politics and ageism); Carmen (sexual violence and male domination); Don Giovanni (rape). Full story.