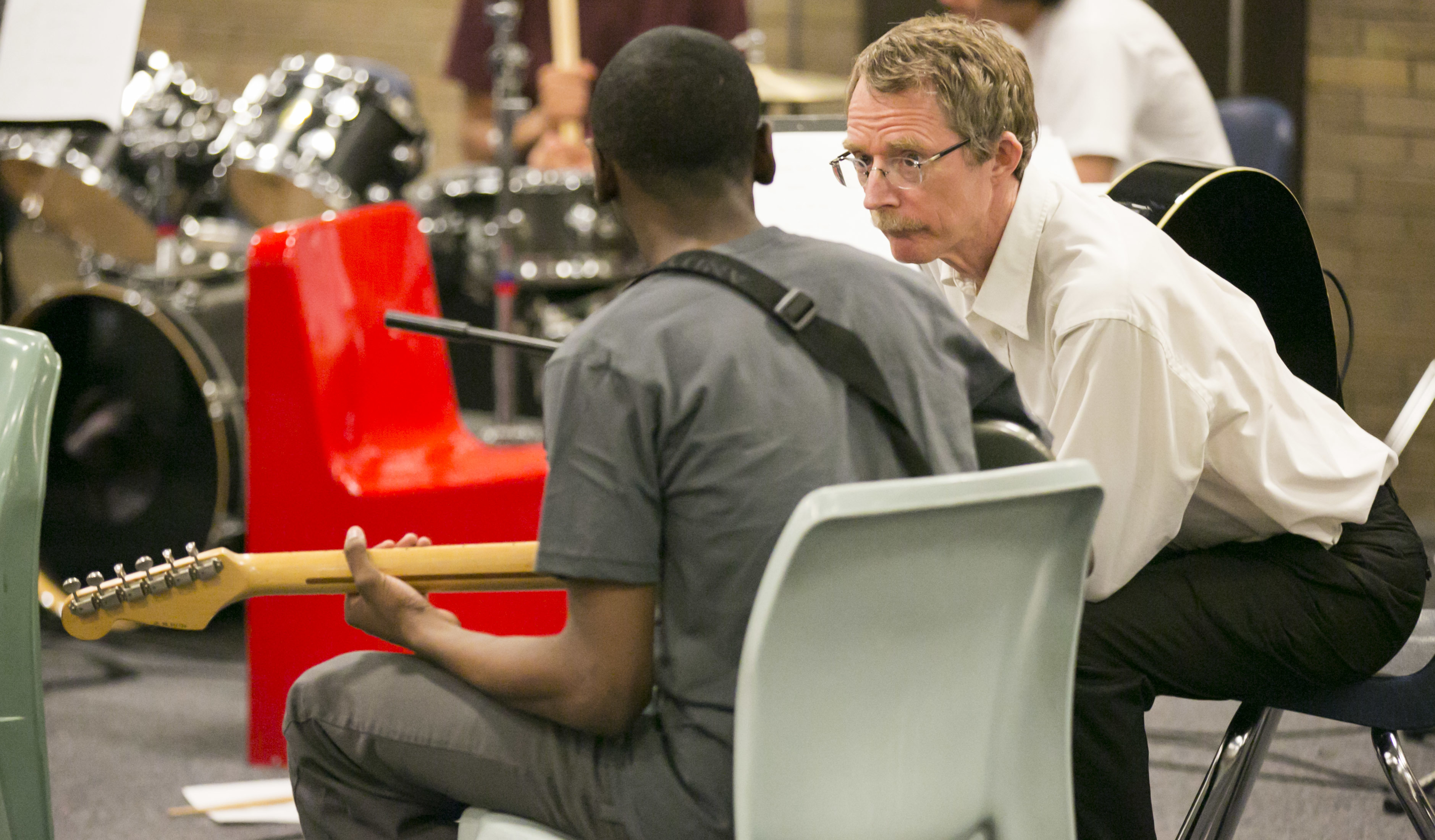 Strains of classical music echoed on Sunday — not inside an august concert hall — but in a bleak Chicago jail where the mostly teenage boys await trial on charges ranging from dope dealing to murder.

The concert was part of a unique outreach that’s the brainchild of the Chicago Symphony Orchestra’s Music Director Riccardo Muti, who attended the event at the Cook County Juvenile Temporary Detention Center on Chicago’s West Side.

The concert included half a dozen of the orchestra’s members. But the center-stage performers were some 10 inmates who participated in a weeklong musical workshop at the lockup. It culminated in the Sunday concert featuring compositions the inmates wrote in collaboration with the professionals.

‘‘This is a wonderful beginning for you and for us,’’ Muti, 71, told the group after the 45-minute performance ended. ‘‘You will join society with the sense of harmony you learned here.’’

One composition began with a double bass playing a Bach cello suite. It changed direction jarringly a minute later as the teen inmates joined in rapping. One sang about his legal plight: ‘‘I hope the judge says I served my time. … I’m praying God gets me out of this jam.’’

Some of the boys’ parents sat in the audience, several with tears in their eyes.

When one of the organizers announced the inmates and their families will receive CD recordings of the concert, one mother buried her head in her hands.

The goal of the outreach, which has included other jail visits, is to impart a wider appreciation for music and to inspire at-risk youth. It seemed to work for at least some of the teens.

‘‘I learned more about classical music,’’ a teen named Ricky told reporters after the concert. He was identified only by his first name because he is a juvenile charged with a crime. ‘‘I’d heard of Beethoven and Bach. I liked it.’’

Some of the teens taking part showed less outward enthusiasm as they performed.

But love or hate the music, the experience had to have been a welcome change of pace from both the sheer tedium and anxiety of a regimented existence inside the institution.

The center’s own 2012 annual report noted that, almost daily, someone either talks about killing himself or tries. The center holds around 250 inmates in total, a few of whom aren’t yet teens.

The Naples-born Muti has taken his act into prison before.

He once performed Robert Schumann’s Warum? — which means ‘‘why’’ in German — in a Milan prison. The work, he explained later, was his way of asking inmates what had brought them to such misfortune.

Muti spoke philosophically to the detainees in Chicago after Sunday’s concert and just before a dozen burly guards escorted the inmates-turned-musicians back to their holding cells.