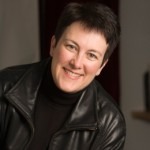 
ASCAP Vice President and Director of Concert Music Fran Richard said, “We are thrilled with the news that Jennifer Higdon has won the Pulitzer Prize. ASCAP’s Cia Toscanini and I were the first to let Jennifer know that she had won, and in her usual, wonderful way, she reminded us that it was the ASCAP Foundation that commissioned her first orchestra piece. Jennifer, who was an ASCAP Foundation Morton Gould Young Composer Award winner early in her career, is one of the ten top living American composers performed by US orchestras today. We are doubly proud that the Foundation commissioned her to write her first orchestra work, which was a piece honoring Morton Gould for the Portland Symphony under Maestro James DePriest. In addition to being one of our most treasured members, Jennifer also currently serves on ASCAP’s Symphony & Concert Committee, so there is a deep connection between Jennifer and ASCAP.”

Grammy winner Jennifer Higdon started late in music, teaching herself to play flute at the age of 15 and then beginning formal musical studies at 18, with an even later start in composition at the age of 21. Higdon makes her living from commissions and her music is known for its technical skill and audience appeal. Hailed by the Washington Post as “a savvy, sensitive composer with a keen ear, an innate sense of form and a generous dash of pure esprit,” the League of American Orchestras reports that she is one of America’s most frequently performed composers. Higdon’s list of commissioners is extensive and include The Philadelphia Orchestra, The Chicago Symphony, The Atlanta Symphony, The National Symphony, The Minnesota Orchestra, The Pittsburgh Symphony, The Indianapolis Symphony, The Dallas Symphony, and The Oregon Symphony. Most recently, Higdon wrote a violin concerto for Hilary Hahn which was commissioned by the Indianapolis Symphony, Toronto Symphony, the Baltimore Symphony Orchestra, and the Curtis Institute Symphony Orchestra. This new work was recorded during the 2008-09 season by the Royal Liverpool Philharmonic.

She has received awards from the Guggenheim Foundation, the American Academy of Arts & Letters (two awards), the Pew Fellowship in the Arts, Meet-the-Composer, the National Endowment for the Arts, and ASCAP. In addition she has received grants from the Pennsylvania Council on the Arts.

Higdon enjoys more than two hundred performances a year of her works. Her orchestral work blue cathedral is one of the most performed contemporary orchestral works in the United States, having been performed by more than 200 orchestras since its premiere in 2000.

Her works have been recorded on over two dozen CDs. In Spring of 2003 Telarc released blue cathedral with the Atlanta Symphony, Robert Spano, conducting, on a disc that made the Classical Billboard charts. In 2004 the Atlanta Symphony released the Grammy-winning Higdon: Concerto for Orchestra/City Scape. December 2006 saw the release of a compact disc of Higdon’s chamber music on Naxos, as well as a Grammy-winning recording with eighth blackbird. During the 2008-09 season, the London Philharmonic released Higdon’s Percussion Concerto with Colin Currie, soloist, and Marin Alsop, conducting. That same season featured a release by Naxos of Higdon’s Short Stories performed by the Ancia Saxophone Quartet and a release by Koch of Higdon’s flute and chamber works. The 2009-10 season will feature two releases from Telarc, Higdon’s Dooryard Bloom and The Singing Rooms.

Higdon received a 2010 Grammy for Best Contemporary Classical Composition for her Percussion Concerto. She currently holds the Milton L. Rock Chair in Composition Studies at The Curtis Institute of Music in Philadelphia.