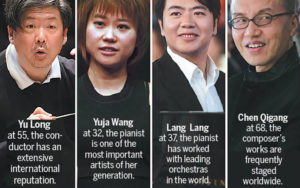 With China’s classical music market booming, more Chinese musicians have been making their name around the world

Compared with the West, China is new to the classical music world, but is considered a significant market that holds the key to the future of the genre.