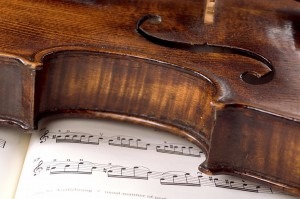 A couple of weeks ago, BBC4 broadcast two programmes which celebrated the contribution to BBC TV of Leonard Bernstein and André Previn. It was to be expected that the quality of music making was remarkable from these two great musicians of the second half of the 20th century; as was their charisma in introducing and explaining the music in front of the camera. But what was striking was both what they were performing – including Shostakovich symphonies, Messiaen’s Turangalila and the Bach Magnificat – and that their programmes were watched by millions on prime-time TV. Unlike, presumably, the mere thousands watching these retrospectives, shunted on to BBC4.

It is difficult to imagine TV bosses commissioning similar programmes for mainstream TV now. Certainly, there are interesting programmes being made, but these are only seen on niche channels such as BBC4 or Sky Arts; and, while the Berlin Philharmonic’s Digital Concert Hall (in which all of their concerts are both broadcast live and are available on demand) is tremendous, it is only available on subscription. Even the Proms, funded by the BBC, no longer include live broadcasts on BBC1 or BBC2, other than the First and Last Nights; and the format of the second half of the Last Night of the Proms – which is now the only classical music broadcast in the year on BBC1 (with ITV not even attempting) – has less of a relationship with real Classical Music (that amazing Art form which can give so much meaning to people’s lives, which excites, challenges, soothes, changes us) than Twenty20 has to Test Cricket. It seems that the TV controllers have decided that the days of classical music being broadcast to the core TV viewer are over. Full story.