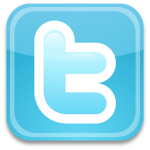 It’s been observed here before, particularly by one commenter, that many of the classical music field’s attempts to be hip and draw in a younger audience are a little embarrassing, or stilted. (I’m putting words in ianw’s mouth here; he raised the point objecting to the term alt-classical. And I have to concur with him that if an orchestra were to use this term in its marketing, my instinct would be to run the other way.)


But they have to try. And in this light, it’s interesting to see how institutions use Twitter. More and more, a Twitter presence has become de rigueur, even though I’m not sure just how many core classical fans use Twitter (how many readers of this blog Tweet? Raise your hand. And that’s not even representative, since blog readers are almost by definition more open to using computers than a general cross-section of the public). I’ve started partial lists of Tweeting orchestras and opera houses on my Twitter account; the lists are by no means exhaustive, but I have dozens so far.

The question — the $64,000 question for all forms of so-called “new technology” — is what you put out there through this new medium. It’s the same problem that has faced countless organizations that got themselves spiffy new websites and then discovered they had to figure out a little thing called “content.” (A great scramble of the 2000s involved lots of performing-arts organizations discovering, after they had launched websites, that what audiences really wanted to do on-line was buy tickets. One of the Metropolitan Opera’s less-heralded but possibly most influential innovations was the development of the software Tessitura, a ticket-selling and fund-raising program that’s now in wide use.)

For the most part, organizations are settling for using Twitter as a glorified bulletin board for PR notices: “Come see our performance on Sunday! Tickets going fast!” Some, though, are developing personalities, from “Here’s what I did this morning” to “Hear a recording of our recent concert.” Were it not for the Fairfax Symphony’s Twitter feed, I wouldn’t know that the group is represented on the newly ubiquitous service Instant Encore, where you can hear recordings of recent concerts and even of ones that are coming up. (In fact, I had a brief moment of panic when I saw on the Fairfax site a recording of Avner Dorman’s second piano concerto, which had its world premiere in Kansas City in November, and thought I had somehow missed the Fairfax performance — it’s coming up on March 13.) The Welsh National Opera is one of my favorites, because it is engagingly personal and, not least, because it Tweets everything in both English and Welsh.

But I think the Leipzig Gewandhaus has set some kind of new benchmark with its latest Tweet. It’s searching for a new director of its concert office and artistic planning. And it’s making this known over Twitter.

This is actually a nice sign of institutional transparency — even, arguably, a sounder understanding of the Twitter audience than many groups seem to harbor. This ad tacitly presupposes that an internationally experienced classical-music business type with extensive connections in the field may be reading the Gewandhaus’s Tweets. At least it doesn’t fall into the trap of assuming that all Twitter users are 20 to 30 years old and card-carrying representatives of a hip generation. (Of course, since the Gewandhaus has all of 317 Twitter followers as of this morning, they are in a position to know exactly who’s following them.) I’d be curious to know what kind of response, if any, they get.