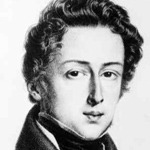 Never has a composer’s anniversary been celebrated so widely but with so little new repertoire to discover.


Frederic Chopin, arguably the piano’s greatest lyric poet, the man who forever changed what it can do and say, is enjoying an avalanche of discs and downloads in his 200th-birthday year as pianists take his never-out-of-style pieces for a spin. Some return in glory, others not so much.

For all its meticulous craftsmanship, improvisational inspiration and matchless charm, Chopin’s music asks – but never demands – a degree of self-revelation not all performers are willing (or able) to give. His pieces are soliloquies, invariably written for solo piano, aside from a few concertos, a piano trio, and a cello sonata. Had Chopin a report card, it would read, “Does not play well – if at all – with others.”

Any interventionist collaboration goes badly, whether from jazz players, transcribers wanting to add heft, or just those desiring to spruce up the orchestrations of the concertos: It all comes out sounding cluttered, wrong and strangely exhibitionistic.

Unlike his near-contemporary Franz Liszt, Chopin has a distilled directness that circumvents romantic posturing or playing to the gallery. He was a performer, but in salons. A few years before his 1849 death, he returned to the public concert hall but reportedly could barely be heard. Is that any surprise for a performer/composer used to communicating with friends rather than strangers?

For modern performers, the music acts like a Rorschach inkblot test. Some pianists just can’t get past the idea that some of the music’s most important elements aren’t on the page, from stylish irregularities of tempo to the ethnic lilt of the mazurkas. Too much of either reduces the music to caricature, though most often it suffocates from having too little. It’s not unusual for major pianists to avoid Chopin over a long career, as did Rudolf Serkin – in contrast to his son, Peter, whose distinctive Chopin is like eavesdropping on psychotherapy.

However much the music diagnoses its performers, it doesn’t reward being probed in return, unlike Beethoven. Lise de la Salle, a young pianist I would board airplanes to hear, combs Chopin’s ballades for deeper, darker undercurrents on her new Naive label disc, but in doing so, neglects the music’s rhythmic snap and allows it to bog down. Similarly, modern music specialist Aleck Karis (Romeo Records) drills deep into the late work the way he might Elliott Carter, but forgets completely about the surface charm that’s an essential part the overall aesthetic.

Bigger names than those lose even more by acting as mere curators – Louis Lortie (Chandos) and Stephen Hough (Hyperion) for example – if only because that approach by definition keeps the music from being interpreted from the inside out.

That’s the central problem of the burgeoning historically informed performance camp, which accounts for roughly a third of the Chopin bicentennial discs. If observed through the lens of early-19th-century Erard, Graf and Pleyel pianos, how can the effect not be impersonal?

Who does get it right? Well, there is no “right,” only pianists whose personalities meld so seamlessly with the composer’s that the music ceases to be a cultural exhibit unfolding in the concert hall, but a conversation that exists only in the moment. What constantly renews the music is the endlessly possible ways to make the conversation happen.

Nowhere is that more obvious than in A Century of Romantic Chopin, a four-CD anthology of 65 pianists recorded from 1895 to the present, compiled and issued by Swarthmore’s own Ward Marston (www.marstonrecords.com). Among the highlights: Raoul von Koczalski plays the Nocturne Op. 9 No. 2 with dazzling, Chopin-authored variants suggesting how the composer might have ornamented his own works on fly. Bela Bartok seems to foresee Europe’s destruction in a profoundly grave 1939 broadcast performance of the Nocturne Op. 27 No. 1. Vladimir Horowitz claims there’s more content in a Chopin miniature than a Mahler symphony – and just about proves it in the Waltz, Op. 34, No 2.

This set is the bible of the Chopin bicentennial. And its appendix is Masters of Chopin: Ignaz Friedman, Ignace Tiegerman and Severin Eisenberger on Arbiter (www.arbiterrecords.com), which shows three pianists with strong links to authentic Chopin style playing a variety of repertoire with such breezy authority you feel you’re communing with your oldest friend – the only drawback being compromised sound quality.

This is not to suggest that Chopin specialists under the age of 150 are automatically defeated. The market is flooded with young Chopin pianists who, whether by instincts or analysis, easily stand up to their ancestors. Japan-born, Paris-educated Etsuko Hirose’s disc on the Mirare label has her building phrases that feel like a gathering storm fronts with cloudbursts of emotion. Alexandre Tharaud’s Journal Intime (Virgin Classics) has assorted mazurkas, nocturnes and ballads hovering on the edge of violence, the music fearlessly revealed with swung, irregular rhythms and arpeggiated chords that create a spellbinding, tempestuous instability.

Two new sets of Chopin waltzes arrive at polar opposite approaches, equally convincing. Alice Sara Ott brings an endlessly varied range of touch, articulation and panache to her Deutsche Grammophon disc, while Laure Favre-Kahn’s, on Transart Live, is all about thoughtful, imaginative subtext. Olga Kern animates Sonatas Nos. 2 and 3 (Harmonia Mundi) as abstract theater, each idea behaving like a discrete character with a constantly developing arc and much to say.

Two of the more highly touted young pianists, Vassily Primakov and Rafal Blechacz, have promising moments of telepathy with the composer on their recent recordings, respectively for Bridge and DG, though mostly in short-term fits and starts.

Though Canadian pianist Janina Fialkowska, 59, doesn’t chronologically qualify to be part of this generation, her return to the concert platform after the excision of a cancerous arm tumor (and the experimental reconstruction surgery it required) is so gratifying as to make her seem like a brilliant newcomer. Any Chopin listener has no doubt puzzled over the Polonaise No. 1 in C-sharp minor, Op. 26, No. 1, which begins so heroically and then retreats into urbane salon mode. On Fialkowska’s Atma Classics Chopin Recital, it’s all of a piece. And I won’t tell you how she does it. Find out on your own.

Now for the period instruments: Their quick decay time delivers a clearer profile to Chopin’s long, lyrical lines, but their limited sound seems to mute even the strongest personalities who play them – even the celebrated Nelson Goerner, who is among the better-known pianists featured on the well-circulated original-instrument series on Naraodowy Institute label. In the concerto volume of this series, early-music doyen Frans Bruggen conducts the orchestral tuttis with more color and variety than in conventional-instrument recordings. But those are not the parts of the concertos we care about.

The most interesting pianists on these instruments resourcefully use tempo and rubato as expressive devices to compensate for the lack of color. Chief among them is Edna Stern, who has an excellent recital with cellist Ophélie Gaillard in a program featuring the Cello Sonata Op. 65 on the ApArTe label). Also recommendable is the inexpensive, six-disc Brilliant Classics set Chopin: His Contemporaries and his Instruments, featuring Bart van Oort in a reasonably convincing set of Nocturnes (playing an 1823 Broadwood), and other pianists playing a variety of instruments in works by the composer’s contemporaries, including Field, Alkan, Glinka, Weber and Liszt.

Of course, all Chopin fanciers have their own pantheon of classic recordings. And some on my Chopin three-man Mount Rushmore (Alfred Cortot, Horowitz and Artur Rubinstein) are well-represented in the Marston set.

Beyond them, though, Grigory Sokolov plays a beyond-epic rendition of the Preludes Op. 28 on the Naïve label, and Ivan Moravec’s Nonesuch-label recording of the Nocturnes (reportedly taped after he’d had a liquid lunch) is rivaled only by Maria Joao Pires on DG.

Josef Hofmann’s great 1918 Chopin recordings – made before his playing grew eccentric – are found on VAI’s “The Complete Josef Hofmann, Vol. 2.” Then there’s Andezej Wasowski, a Pole who trained in Russia, barely survived World War II, and had a small but acclaimed U.S. career, near the end of which (the early 1980s) he recorded the mazurkas and nocturnes for the Concord label. These bright-sounding, relatively unpedaled performances exude unvarnished honesty, with the Chopin idiom in his genes and humanity in every imperfection.