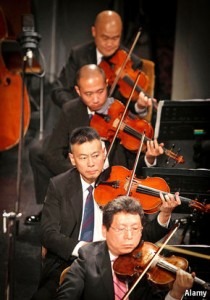 Though not yet at Western levels of quality, Chinese ensembles are improving rapidly

NEXT month New York’s David Geffen Hall will welcome a visiting orchestra, on a tour including other top venues in Los Angeles and San Francisco. But the guest orchestra is not the Berlin Philharmonic or one of Europe’s other esteemed ensembles. It is the China Philharmonic Orchestra (CPO), which was founded in Beijing a mere 16 years ago. Full story.