Media
Are Catgut Instrument Strings Really Made From Cat Guts? The Answer Might Surprise You
May 18th, 2018
Tags: instruments 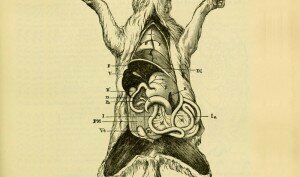 Greek mythology has it that Hermes strung the first lyre with the entrails of freshly slaughtered cows he had stolen from his brother Apollo. In a rage, omniscient Apollo dashed to punish his mischievous brother, but grew calm once he heard the lyre’s dulcet tones. To Hermes, he forfeited not only his beloved herds, but also the animals of the forest in exchange for the instrument.

The god, entranced by the sound of the entrails, has long been in good company. For centuries, the material of choice for musical strings has been animal guts. Also known as catgut, the earliest gut strings were found on instruments in ancient Egypt, and many players today continue to value them for their sweetness and warmth. Full story.