Media
Can talking about music add to our understanding of it?
April 1st, 2016
Tags: society 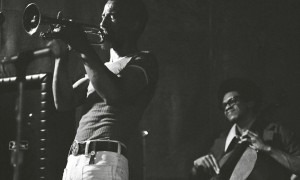 Words and music have been at odds for a long time. They have quarrelled for centuries. But they have not always quarrelled over the same things.

Song came first. When words are set to music, which should take priority? Must we always hear the words, or can words dissolve into melody or voice or texture? Should verbal expression or musical form govern the work? These questions became prominent during the 17th century and have never entirely disappeared, but by the turn of the 19th century the bone of contention had changed from vocal to instrumental music. Words in music became less important than words about music. The location of musical meaning shifted from what words sound like to what words say. The principal question was about the adequacy of words to account for musical meaning or expression. Or rather, whether to use words for that purpose at all when music, rooted in the depths of human subjectivity and spirit, obviously transcended anything words could express. Music had become the vessel of the ineffable. More than that, it had made the ineffable, in the sense of transcendental value, available and reproducible. Music made the ineffable into a commodity. This 19th-century conception is still alive. In fact, it remains the default position about music for many people: it cannot be captured by words. I have often written against this idea. We use language to breach the ineffable constantly; why should music be exempt? Why should we be afraid to use language creatively to explicate the force of musical experience? Full story.