Media
How can you put a song behind bars: Dario Fo
April 5th, 2017
Tags: miscellaneous 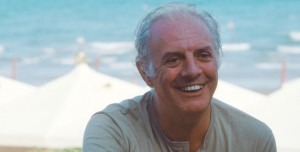 Dario Fo, famous for his cutting political satire has died at age 90. Fo, who won the Nobel prize for literature in 1997, was also a songwriter and during his lifetime experienced censorship not only in Italy, but in many other countries as well.

In 2007, he wrote a new foreword to the Freemuse book ‘Shoot the singer’ when it was published in Italian:

How could you possibly put a song behind bars? How can people kill a rhythm, a ballad, a refrain? Among all the possible aspects of censorship, music censorship is the most absurd and odious. That is why I think this a praiseworthy book, which provides us with an accurate document about the repression of music that is still taking place today. Full story.